A crowdsourcing effort by Russian space enthusiasts appears to have found the remains of the first probe to successfully land on Mars, using images from NASA's Mars Reconnaissance Orbiter (MRO).

The Mars 3 mission, consisting of a satellite and landing vehicle, was sent to the Red Planet by the then-Soviet Union in 1971 and reached orbit by the end of the year. The Mars 3 lander, carrying a small rover intended to explore the surface, successfully touched down using a parachute and retro-rockets, but only survived 14.5 seconds before failure.

It was the Soviet Union's second shot at a Mars landing. Contact was lost with the Mars 1 mapping satellite as it made its way to the planet, but Mars 2 did successfully make it into orbit. Its landing vehicle attempted a landing but control was lost and it cratered the surface rather than touching down.

The Mars 3 lander managed to send a 70- line image back to controllers, the first ever recorded from the Martian surface, but has gone dark ever since. Now it appears to have been found using the High Resolution Imaging Science Experiment (HiRISE) camera on the Mars Reconnaissance Orbiter. 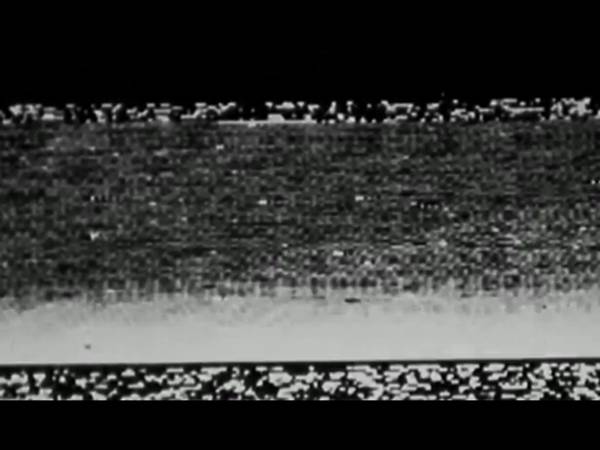 The first photo from Mars, although what it's of is anyone's guess

Vitali Egorov, the head of the Russian NASA Curiosity supporters group, decided to crowdsource an attempt to find the lander over 40 years later, using HiRISE images. He contacted Mars 3 engineers and built images of what the lander, its parachute and heat shield should look like at the size HiRISE would view them and his team set to work.

"I wanted to attract people's attention to the fact that Mars exploration today is available to practically anyone," he said in a statement. "At the same time we were able to connect with the history of our country, which we were reminded of after many years through the images from the Mars Reconnaissance Orbiter."

The MRO scanned the area Mars 3 was supposed to land in with a 1.8 billion pixel image back in 2007, and the team found what looked to be a likely candidate for the lander and its parachute. A second pass in March of this year appears to have confirmed the earlier results. 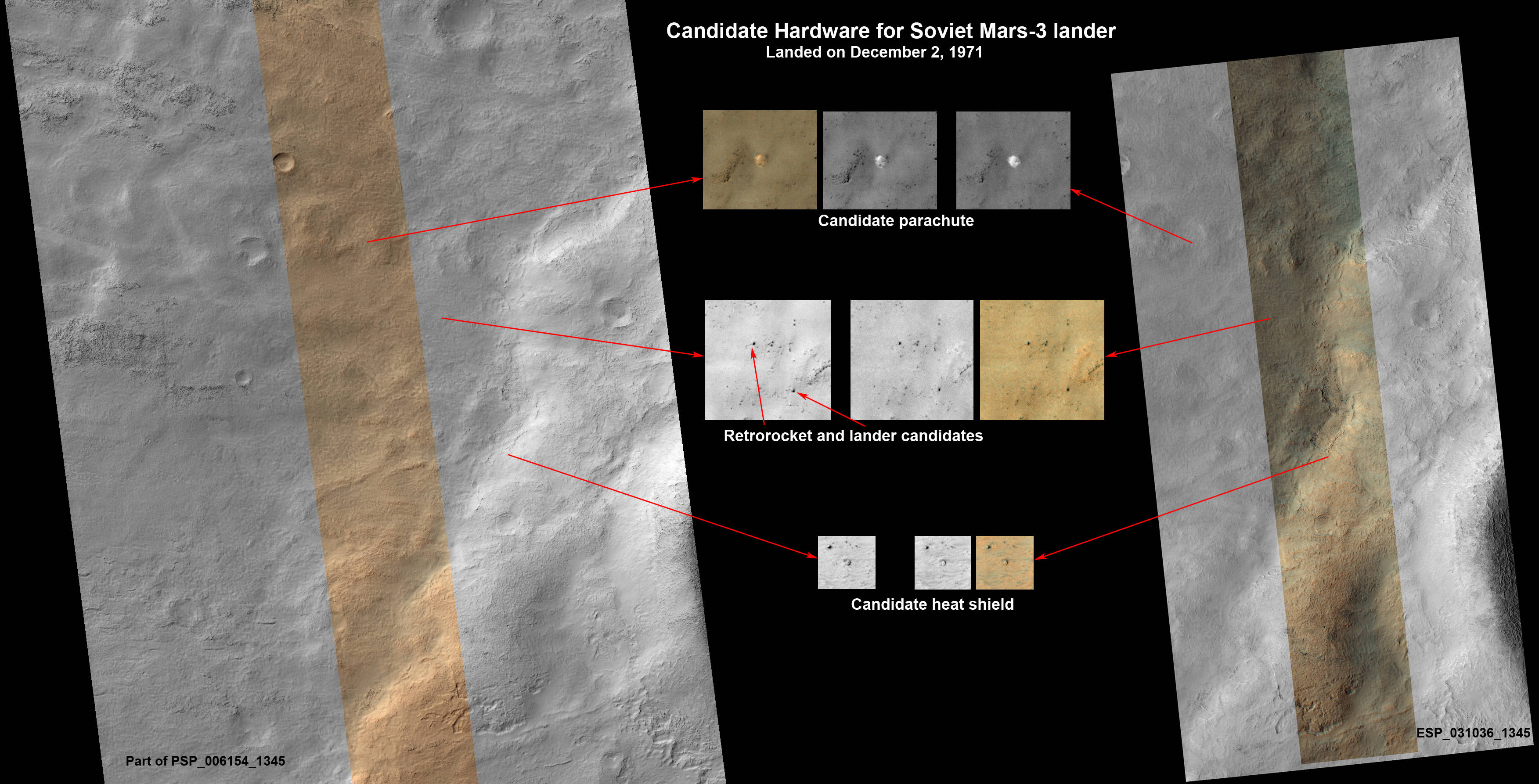 Spotting the lander itself after this long was always going to be difficult, since decades of Martian dust will have made it almost indistinguishable in color from its surroundings, but what looks like the parachute still shows up more brightly, since it can flap and flick off any soil coating.

Near the parachute is what looks like the remains of the heat shield used to protect the lander, partially buried in the Martian regolith, in addition to the retro-rockets and the lander itself, which appears to have opened up as planned.

"This set of features and their layout on the ground provide a remarkable match to what is expected from the Mars 3 landing, but alternative explanations for the features cannot be ruled out," said HiRISE principal investigator Alfred McEwen of the University of Arizona.

"Further analysis of the data and future images to better understand the three-dimensional shapes may help to confirm this interpretation." ®

Something big bonked the Red Planet between 2010 and 2012

Mars to get comms upgrade with ExoMars mission

NASA radios due for in-flight test in May

Rocket Lab wants to break free, hopes next mission is more 'A Kind Of Magic' than 'Another One Bites The Dust'

Roundup Plus: Last hurrah for v1 Dragon and Boeing is in trouble