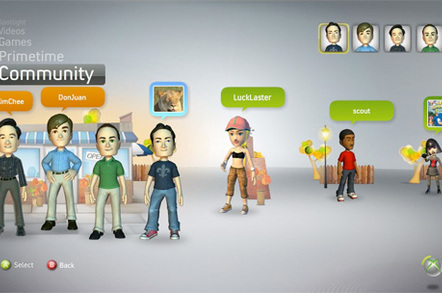 A high-flying Microsoft creative director has quit after enraging Xbox owners with a widely publicised tweet saying they should get used to consoles being constantly connected to to the internet.

A week ago, Adam Orth provoked the wrath of bedroom-bound gamers and industry experts alike after sharing his thoughts on the always-on future of the Xbox.

The new console is expected to be released in May and may force users to keep their consoles online 24/7.

Orth has not commented publicly after news of his decision was leaked to Gameinformer by a Microsoft source.

In a series of tweets, Orth wrote: “Sorry, I don’t get the drama around having an 'always on' console.

“Every device now is 'always on'. That’s the world we live in.”

The comments were made in a public conversation with Manveer Heir, a senior game designer at BioWare. Apparently, the two have a history of bantering on Twitter, but neither were smiling after a flame war erupted.

Orth locked up his Twitter account immediately after the incident, with visitors hoping to get another dose of vitriol blocked from seeing his tweets.

Luckily, the conversation was preserved for posterity. It continued with Heir reminding his friend about the Sim City disaster last month when game publisher EA was slammed after servers went down, effectively stopping people from playing the game, which required an internet connection to work.

After being told that "people's internet goes out", Orth replied: "Electricity goes out too."

He was then asked how he would feel if he lived in place with dodgy internet connection, like "Janesville, WI, or Blacksburg, VA, to which he replied: "Why on earth would I live there?"

Orth has now become a meme in his own right, with his Twitter profile picture remixed with stick-on phrases like "I'm only an idiot when I'm online - and I'm always online" and "Works for Microsoft - Sony employee of the month".

Twitter users were quick to hone in on his unwitting revelation about Microsoft's new gaming console. The firm has not yet confirmed that its new Xbox will be always connected to the internet.

Parents were also concerned their children would run up massive bills behind their backs.

We apologise for the inappropriate comments made by an employee on Twitter yesterday. This person is not a spokesperson for Microsoft, and his personal views do not reflect the customer-centric approach we take to our products or how we would communicate directly with our loyal consumers. We are very sorry if this offended anyone, however we have not made any announcements about our product roadmap, and have no further comment on this matter.

Permanently connected gaming tech has always been problematic for publishers and vendors. Fans of the cult submarine simulator Silent Hunter were dismayed to learn that Ubisoft had implemented always-on DRM software on its last iteration (Silent Hunter 5) and shunned the title - contributing to a 90 per cent decline in sales of the PC game - until Ubisoft relented and quietly allowed offline play.