In 8GB of RAM and 256GB flash. And don't mention the Bluetooth 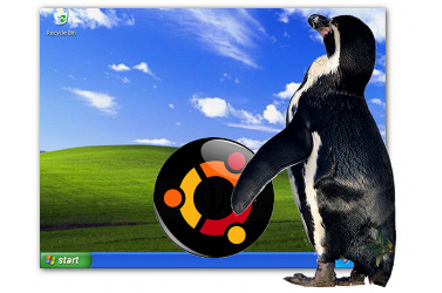 Review Want a laptop running Linux? You could do worse than Dell's XPS 13.

This svelte model began life a year or so ago as a Windows Ultrabook. More recently it was updated with Intel Ivy Bridge processors and a 13.3" 1080p screen. The XPS 13 Developer Edition - because only software developers use Linux, right? - uses a high-end Core i7 chip to run Ubuntu Linux 12.04.2 LTS (Long Term Support), also known as Precise Pangolin.

Why is Dell making a Linux Ultrabook? Well, it's part of Dell's project, codenamed Sputnik after the Russian satellite, to sell a laptop with Linux and various tools to programmers.

The machine comes with two bits of open-source software: Sputnik Profile, which saves the state and contents of your laptop in a remote repository allowing it to be replicated as needed; and Sputnik Cloud Launcher, which lets you build a simulated cloud system on your machine using Juju, the Ubuntu project that abstracts the deployment of services on cloud platforms. These test-tube babies can be rolled out to a production cloud.

Sputnik is a cool project, but remains in an early stage of development with limited activity evident on its Github repository. Nevertheless I installed some of it and tried to get started, but hit errors.

Dell directed me to the people who know about Sputnik: Barton George, who is director of developer programmes and the brains behind Sputnik, and Mario Limonciello on Dell's Ubuntu team.

"At this point there isn't a lot there so I wouldn't try to get that part of it working. Watch this space," George told me. "It's been frustrating for me. Last week we just re-engaged with the guy who's helping us with this."

Forget Sputnik then, at least for the moment. It turns out that Dell's main effort has been to deliver a premium Linux notebook on which all the hardware works out of the box. "We went above and beyond with the hardware enablement we did with this," said Limonciello. "We got the touchpad to be full multi-touch, we went and got drivers from all the vendors we deal with in the laptop. It should really be a first-class experience."

Is it a first-class experience? Time to look at the hardware. Here are some key specifications:

First impressions are good. The machine looks great with its aluminium finish and slim, lightweight design, though the screen is high-gloss which is a disadvantage in my book. Ubuntu boots from cold in under 15 seconds. There are neat touches, such as the hardware battery status button on the right, which indicates the remaining charge by illuminating up to five LEDs.

There are some puzzles though. There is an Ubuntu sticker on the palm rest and an Ubuntu logo etched into a metal plate on the underside, but there is still a Windows key and the only documentation in my review sample is a "Getting started" leaflet for the XPS 13 with Microsoft Windows 8.

I also notice that although the GNU GCC compiler is installed, there is little sign otherwise of Dell's promised preloaded developer tools. What is meant to be there? "The initial list that was there in version 1 changed for version 2," Limonciello told me. "The tools that we preloaded for version 2, I don't know if there's actually a public list out there, but it's basically LXC, a compiler tool chain, Juju, and a few other smaller tools."

I have yet to see this list, but neither LXC nor Juju was installed on the review sample.

Next page: Hardware where it counts
Page:
Tips and corrections
110 Comments