Sorry, Sarge... I just backed over the new PC 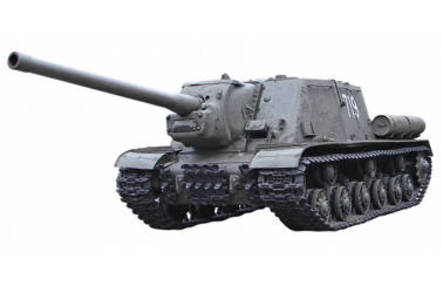 GTC 2013 Do you have employees who habitually bust up perfectly good tech? These are the people who have a different problem every other week, and they always say, “I don’t know what happened, it just suddenly stopped working. It’s just so weird...” Then they show you a desktop with a motherboard swimming in Coke Classic or a notebook that looks like it took a 10-minute ride in a Home Depot paint-shaker.

To solve this problem once and for all, take a page from Hunter S Thompson who famously said, “When the going gets weird, the weird turn pro.” Turning pro in this case means turning to the folks from General Electric who build ruggedised systems that are tank-tough. Literally. These are the systems that go into tanks and other extremely hostile environments (like Dulles International Airport during a big snow delay).

But what does ruggedised mean in the real world? The guys at GE’s booth at GTC 2013 explained it all to me on this video.

First, it has to perform. These systems have to manage a vehicle and communications as well as process visual feeds from a variety of sources. The GE systems at the show were based on Intel Sandy Bridge processors and had a ruggedised implementation of NVIDIA’s Kepler GPU processor to help handle the load. Just add some memory and an SSD, then wrap it all up in a small (but deceptively heavy) finned metal enclosure and you’re ready to go.

So what makes it ruggedised? The ability to withstand shock is key. The GE box in the video can take up to 40g of force without breaking. For reference, a Bugatti Veyron will pull 1.55g max when accelerating from 0-100km/h. Rollercoasters generate about 3.5g, with the hairiest rides topping out just over 6g. Humans black out or grey out at around 9g if they’re wearing a g-suit. Crashing your car into a brick building at 30mph (48 km/h) would generate 30g. So the ability to take 40g of force is considerable.

These units also have to be impervious to heat and cold. Tanks and things like that tend to get a lot of outside use, so the PCs that run their electronics need to be able to handle extreme temperatures. The system in the video can function in temps as low as -40°C or as high as 85°C.

My idle question, “So what is -40°C in Fahrenheit?” generated a funny debate. Dustin Franklin, GPGPU specialist at GE, said that -40°C is the same as -40°F, which I immediately figured was too simple to be true. In the video, you can see us debating this question and how to solve it. Eventually, we went to an indisputable source and found the "one true answer", but I’m not going to give it away here. ®

Dell forgot to renew PC data recovery domain, so a squatter bought it

Days later it served malware, but the only visible damage was to Dell's reputation