Australia IS NOT educating more personal trainers than IT pros 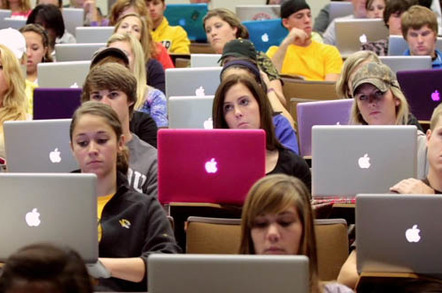 Mythbusting A little over a month ago, Nigel Dalton, CIO at the REA Group and blogger, popped out a post titled “Australia is training more personal trainers than IT professionals – really?”

That blog post has since been reported by another IT news outlet.

There’s nothing wrong with basing a news story on a blog post. Except when the post is inaccurate and easily discovered to be wrong.

The Reg makes that assertion because Dalton’s post does not cite a concrete source for his assertion that Australia had “around 14,000 ICT undergraduates in 2012; versus 10,000 studying personal training at private and public tertiary institutions in 2012.” Dalton’s source for the IT numbers is a finger in the wind assessment based on a third-party's utterance that students represent three per cent of all undergraduate students, of which there are about 480,000. His source for the notion that Australia might be training more trainers than IT pros is a speech at a conference.

There is, however, solid data out there, such as this document (XLS), the Department of Innovation’s “2012 First Half Year Student Summary”.

That data reports that 41,567 some students were enrolled in IT courses at universities in the first half of 2012. Only 23,000 were Australian students and we'll count them only because we want to address the issue that worries Dalton, namely how many newly-trained graduates are available to local employers. ,So when we divide 23,000 by three we produce a figure of 7,666.666 new IT graduates each year.

Enter the TAFEs, which in 2011 had another 28,600 students enrolled in information technology courses or subjects. You can find the data here, courtesy of the National Centre for Vocational Education Research, on page 10 of the PDF version of the downloads offered.

If we nonetheless again use Dalton’s logic that only one in three of 2012 students emerges into the industry for the first time as a "new" worker ready to feed the tech industry's ravenous demand for people who can spell 'HTML' and wield it in anger, that’s nonetheless another 7,340 new IT workers a year for a total of 15,006 a year when we add TAFE graduates and Australian students at Universities.

That’s rather more than the total number of personal trainers going through our tertiary institutions. And that's also before we wonder if all those anatomically correct trainers work full time, which your correspondent suspects they do not given gyms are hardly full of potential trainees during office hours.

But do the TAFEs really teach IT? The curriculum for IT in TAFEs is called "ICA-11." The contents of ICA-11 are developed by Innovation and Business Skills Australia, an organisation charged with taking the pulse of industry to ensure TAFEs teach the skills employers want. ICA-11 package offers myriad courses that map directly to industry certifications.

The results can be seen in places like Sydney's Petersham TAFE, which runs a Cisco Networking Academy. Almost no-one studies routing for a hobby.

Dalton and his source are right. To a point. Australia's universities are producing fewer IT graduates than the various training establishments pumping out personal trainers.

But to suggest that Australia is producing more trainers than IT pros is wrong. And by excluding TAFEs from an asessment of Australia's national performance in IT training is to ignore an enormous part of the education sector.

Focussing on graduates alone also ignores those who return to industry, or enhance their skills to advance their place in the industry.

It’s harder to find data on who goes to TAFE to complete a course of study, versus students who pop in for a subject or two or those already employed who do a subject or two. Whatever the reason someone goes to TAFE, they emerge either more capable or ready for a first job.

With some TAFE courses now overlapping with vendor certifications, it’s entirely plausible that established IT professionals are using them enhance their skills. They may not be “new” workers, but they are more skilled. Which is generally what employers want.

Let’s also note that the combined University and TAFE intake across three years at 41,000 uni students and (our very low ball estimate of) 22,000 TAFE students, gives us 63,000 folks committing to IT as a career every three years. That’s rather more than the three-year intake of personal trainers of 30,000, at Dalton’s figure of 10,000 a year.

Which is not to say that the state of IT education in Australia is entirely happy. Other TAFE data suggests salaries for TAFE graduates are a long way short of the “highly-skilled, highly-paid jobs of the future” mantra that is a part of the rhetoric about why it’s a good idea to study IT in the first place. Are those low salaries because TAFE graduates aren't very skilled?

But there’s also some upside. Of the 41,000 folks enrolled in Australian universities to study IT, 18,000 came from overseas to do so. That’s surely a vote of confidence in the quality of IT teaching here.

A wider point to consider here is that discussion of skills shortages and declines in IT enrolments at universities have become a fixture of debate on the future of Australia’s information industries, along with an insistence there is a "problem" that must be "solved". TAFE students and vendor certifications are hardly ever included in those discussions (or at least those your correspondent encounters), while declining university enrolments are seen as the only indicator worthy of consideration.

Posts like Dalton’s don't help and aren't worthy of amplification. They also show that debate needs to consider more than just university enrolments to properly assess whether Australia is focusing its energies usefully in the field of technology education. ®