Hi-tech horses racing: how to stay Happy down in the Valley 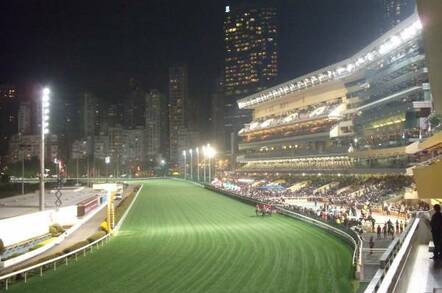 Hong Kongers love to gamble. It’s a serious business over here, and one that can generate at least HK$100m (£8.5m) in turnover from every race.

That money goes to the Hong Kong Jockey Club, a venerable institution formed by the British in 1884 to promote horse racing, which has a monopoly on betting in the city-state.

Every season, from September to July, the Club hosts hundreds of races, with nearly six million bets processed on a typical day – an environment which creates its own unique challenges around managing massive amounts of real time racing data and betting transactions securely and efficiently.

Happy Valley is a place of sensory overload. On Wednesday evenings during the racing season locals flock to the venerable venue – first established here by the British on a cholera-infested swampland back in 1845 – in their thousands to make a fortune. Make no mistake, gambling is serious stuff here. The papers are filled with pages of form guides, studied in minute detail by the mainly male, chain smoking “old timers” before each race.

Several giant floodlit stands circle the west side of the ground while Hong Kong’s irrepressible neon-tinged skyscrapers loom large to the north, south and east. 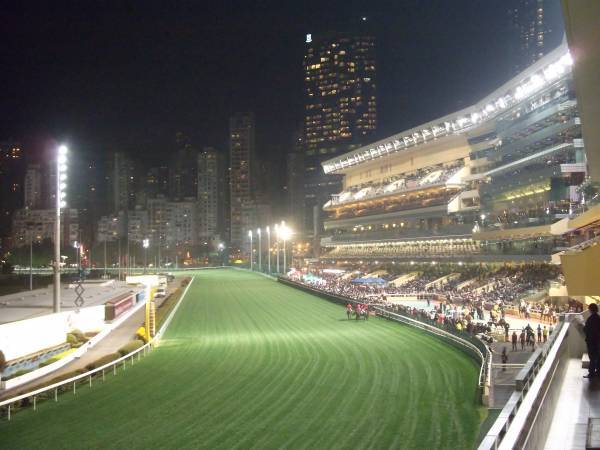 Although The Hong Kong Jockey Club pulled in around H$28bn (£2.4bn) last year, the non-profit is heavily taxed by the government – in fact it is the city’s single largest tax payer, contributing around seven per cent of all taxes collected – so is always on the look-out for ways to make money and attract new customers.

One such scheme was a long-term project to create a “racing entertainment” area at the heart of the world famous Happy Valley ground, designed to attract a new generation of younger race fans who haven’t the time or inclination to study the form for hours on end. At its centre, is the Interactive Best for You (IBU) – the “world’s largest [and so far, only] multi-touch racing entertainment table”.

Hands-on with the IBU

Tucked away on the second and third floor of the Pavilion Stand is Adrenaline, a swish bar and lounge which wouldn’t be out of place in the nearby Lan Kwai Fong nightlife district. As a racing novice, this El Reg hack was the perfect mark to try out the IBU – ably assisted by the charming betting attendants who man the two tables, dispensing racing tips and user info. 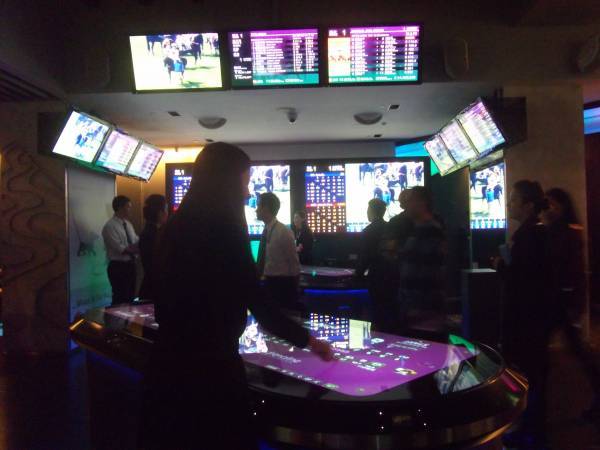 The giant table technically allows up to eight users to bet at one time, although the idea is that more can be squeezed in around the sides to make the experience more “social”. The screen itself isn’t built with the kind of touch-technology you’ll see in a smartphone; it uses a “near infrared” system which shoots infrared light above the surface and detects where it is interrupted by a finger. This does mean it can be a little laggy and less responsive than a typical capacitive touchscreen, although that's only going to frustrate the more serious gamblers, who will be doing things the old-fashioned way with newspaper and pen anyway.

Displayed on the table in garish graphics are the runners and riders for the next race along with their odds. A user can drag a number over to his or her own area and then tap one of four icons that appear to find out more info on ability; jockey and trainer; fitness; and draw.

There’s also an option to view live streaming of the paddock area and video clips of the horses in training. Betting is as simple as dragging the chosen horse tab onto one of five icons at the bottom depending on the nature of your bet – “win”, “place”, “quinella” etc. Particularly useful for mathematical dunces like yours truly is a sliding scale which displays the possible win total according to the value of the bet. 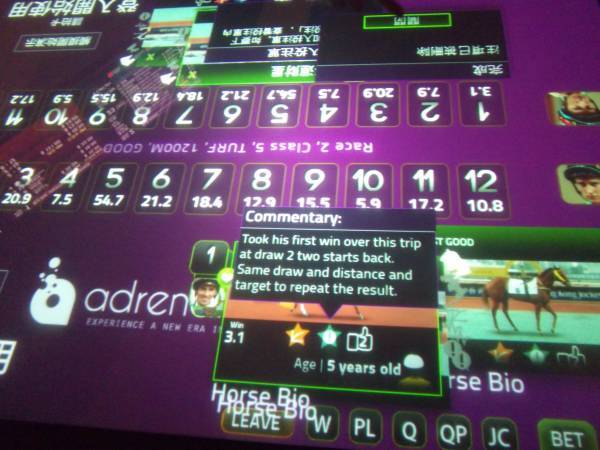 After that it’s a case of touching your pre-paid and PIN protected J-Tap smart card – already pre-loaded with money at the cashier area – on one of the readers on the side of the table, collect a printed receipt, and it’s time to settle down and watch that hard-earned cash slip away. If a horse comes in for you, then the card can be touched in at the cashier area and the winnings handed over.

Next page: Behind the scenes
Page:
Tips and corrections
1 Comment