'To most potential employers, he'd just seem like a jerk in bad clothing.' 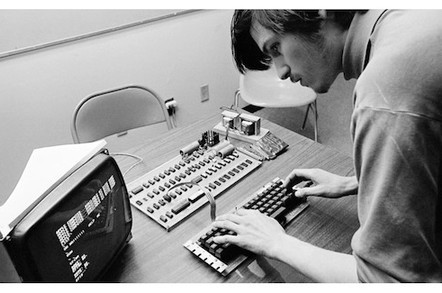 Steve Jobs' first boss, Atari cofounder Nolan Bushnell, has written a book in which he offers advice on how to find, hire, and retain visionary talent – even though such creative types can be as difficult to deal with as Apple's cofounder.

"The truth is that very few companies would hire Steve, even today," Bushnell writes. "Why? Because he was an outlier. To most potential employers, he'd just seem like a jerk in bad clothing."

And it wasn't simply that Jobs was an outlier. "Steve was difficult but valuable," Bushnell told the San Jose Mercury News. "He was very often the smartest guy in the room, and he would let people know that."

Bushnell, who has been involved in over 20 startups, including his most notable success other than Atari, the kids' arcade-cum-pizzeria Chuck E. Cheese's, knows something about hiring and motivating creatives, even when they're as "difficult" as Jobs.

His advice: ignore credentials, hire the obnoxious (but in limited numbers), celebrate and learn from failures, encourage staffers to make decisions by throwing dice, make work fun, provide toys, invent haphazard holidays – and let your precious creatives sleep on the job, if they want to. In short, act as businesses did during the hothouse heyday of the 1980s and 90s, and not as they do in today's buttoned-down, risk-averse atmosphere.

There's a lot more counsel in his 280-page book, written with the help of ghostwriter Gene Stone and entitled Finding the Next Steve Jobs: How to Find, Hire, Keep and Nurture Creative Talent, but not a lot more about Jobs.

In the book's introduction, however – which you can read here – he does recount a 1980 meeting with Jobs in Paris. During their leisurely day together, Bushnell recalls Jobs making a statement about companies copying Apple's innovations that presaged the Apple cofounders later "thermonuclear" distate for imitators. "There are parasites all over the computer world ready to take whatever we come up with," Jobs told Bushnell.

"Plus ça change, plus c'est la même chose," as the Parisians would say.

Bushnell also has some advice for the company now led by CEO Tim Cook. "To really maintain the cutting edge that they live on," he told the Associated Press, "they will have to do some radical things that resonate. They probably have three more years before they really have to do something big. I hope they are working on it right now."

Speaking of shareholders: back when Apple was in its early days, Bushnell turned down an offer from Jobs to invest $50,000 in the fledgling company, an amount that would have given him a one-third ownership stake. Even after Apple's recent stock-price plummet, that investment would now be worth about $138.5bn; that's an ROI of about 280 million per cent.