US bill prohibits state use of tech linked to Chinese government

Has anyone on Capitol Hill heard of the global supply chain? 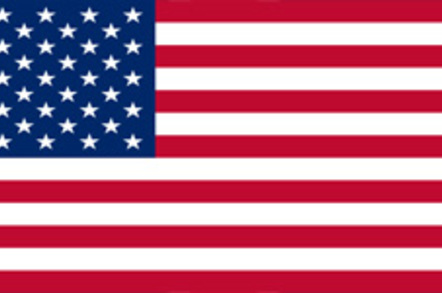 In one of the first clear signs of a tougher stance on China, a new US spending bill has banned government agencies from buying any technology from companies thought to be “owned, operated or subsidised” by the People’s Republic.

The Consolidated and Further Continuing Appropriations Act of 2013, signed by president Obama on Tuesday, only pertains to non-defence government spending up until the end of the fiscal year on 30 September, but could be a sign of things to come.

The key passage, Section 516, prohibits the Commerce and Justice departments, NASA and the National Science Foundation from buying any IT systems “produced, manufactured or assembled” by any organisation which is “owned, operated or subsidised” by Beijing.

The only exceptions are if a piece of technology is deemed to be in the national interest, or if, after consulting the FBI, there is thought to be no risk of “cyber-espionage or sabotage associated with the acquisition of the system”, AP reported.

The rhetoric has certainly been ramping up on the US side since a House of Representatives Intelligence Committee report recommended Shenzhen telecoms kit makers Huawei and ZTE be locked out of the US market because they represent a national security risk.

That was followed with several high profile hacking attacks on US media groups, allegedly traced back to Chinese groups, and then the motherload – the Mandiant report, which detailed a direct link between the PLA and attacks on the New York Times and other US firms.

President Obama himself even went on TV to confirm the US is engaged in “tough talks” with China over state-sponsored attacks.

It’s unclear how much progress can be made in such talks when the official Chinese line is that it doesn’t condone hacking and that it is very often the victim, especially from attacks launched from US servers.

It also may be pretty difficult, given the global nature of the IT supply chain today, for government agencies to follow Section 516 faithfully.

Many if not most US technology companies, for example, have components produced, manufactured or assembled in China or by Chinese firms, so these will all need checking out if these firms are government suppliers.

Huawei said as much in its response to the Committee report:

Almost every ICT firm is conducting R&D, software coding and production activities globally; they share the same supply chain, and the challenges on network security is beyond a company or a country.

The problem then comes in trying to ascertain if said firms are “owned, operated or subsidised” by Beijing.

The House of Representatives Committee reported several times in its findings that it was unable to get the level of information required from Huawei and ZTE to allays its concerns over links to the Chinese government or Communist Party, so it’s unlikely that a US government agency is going to succeed where this detailed 11-month investigation failed. ®