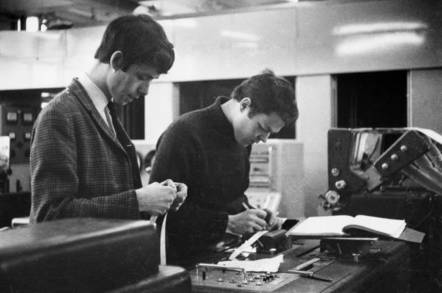 Geek's Guide to Britain The Victorian offices were bulldozed long ago for a stack of flats and mirrored offices, and there's not a single indication to the significance of this site - or what happened here.

This isn't the scene of a lost battle, and the bones of a missing Plantagenet king do not slumber beneath the car park serving the offices.

Sixty-six Hammersmith Road in London, is the scene of a revolution - a revolution in computing that changed how business operated; a revolution during which Britain, briefly, led the technology pack.

That's because this site was once home to the LEO - the Lyons Electronic Office. You may already have heard of LEO, described as the "world's first business computer". It's a shorthand description, though, that makes the LEO sound about as fascinating and forgettable as a beige box running DOS.

But LEO wasn't a personal computer running Lotus 1-2-3: it was a hulk, a room-sized colossus built by J Lyons and Co to organise its bakery business; it ran its first program in 1951. The computer was jumped on by manufacturers, City stock brokers, nationalised industries and even apple growers who immediately recognised the machine's potential to save them time and money in the march to efficiency.

This was also the early Cold War era, and the LEO came to the attention of the military industrial complex. The business brain was quickly deployed to the front lines on both sides of the Iron Curtain. Although the LEO was used to build Britain's nuclear deterrent against the communists' warheads (the doomed Blue Streak missile project that ultimately never actually worked) the machine was also shipped to the very regimes the US and Great Britain were at loggerheads with.

War is hell, battle-hardened American Civil-War General William Sherman observed, but business is also business. The communists also had plenty of data to crunch, but no computers. It was, therefore, in the land of the people's commissars that Britain outsold the blue shirts of New York-headquartered IBM; LEOs popped up in the Soviet Union and Soviet-controlled satellite states including Czechoslovakia. 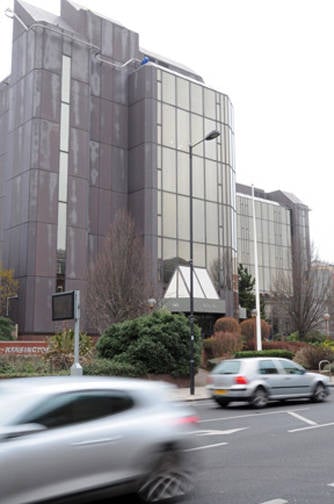 Scene of a revolution: The LEO's home today

The LEO's makers were pioneers in software development and testing, and they refined the processes needed to run very large and complex computing jobs. Later revisions of the machine could share processor time across multiple scheduled work, known as multitasking these days, utilising spare capacity to run different jobs; it was a feature the machine's designers eventually turned into a business. The team also engaged in business process engineering and use of real-time analysis before these entered the lingua bizza of today.

Yet, the computer wasn't the work of well-funded government engineers or university boffins, as was the fashion for other massive number-crunchers of the Atomic Era. The LEO was commissioned by one of the biggest catering and food manufacturers in the world, a company famed for biscuits, ice creams and teashops, serving that most noble of beverages - the cuppa.

So, how did it come to pass that a biccie company, created in 1887, put Britain on the front line of business computing? The firm was headquartered in a two-acre manufacturing and administration operation called Cadby Hall; the main office number was 66 Hammersmith Road. From the start, Lyons was on the hunt for new ideas to improve its operations and stay in front of the competition.

The LEO's roots lay with the company's brilliant hiring of Cambridge maths whiz John Simmons nearly twenty years before the bulky computer actually ran its first job in 1951. Simmons' job was to find ways of keeping Lyons at the forefront of new ideas, so he set up a systems research office in 1932 staffed by engineers, business people and fellow mathematicians.

In 1946, Simmons sent Lyons managers Oliver Standinford and Raymond Thompson to the US on a fact-finding mission to report back on technology developed during the war, particularly in electronics. The pair met Herman Goldstine - one of the creators of the 30-ton ENIAC, the first electronic general-purpose computer. The ENIAC was a vast system announced in 1946 and built by the US military to calculate missile trajectories. In a paper to the Lyons board, Thompson called computers the key to office efficiency and reckoned Lyons could build a computer for £100,000 and cut annual office expenses by £50,000.

Thompson had been completely unaware of Maurice Wilkes’ work on the early British calculator EDSAC at the University of Cambridge, but soon learned of the project. Lyons donated £3,000 to help Wilkes finish the EDSAC and to influence the design, and Lyons also put a man on the team to learn about the circuitry. The company hired a Cambridge graduate named John Pinkerton as an electronic engineer; Pinkerton became the LEO’s engineering manager. 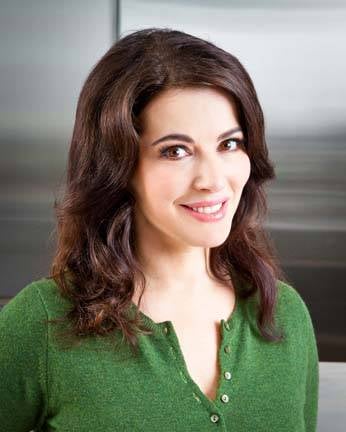 Nigella: The food geek with a computer in her past
(Photo: Hugo Burnand)

These were truly early days of computer manufacture: there were no assembly-line robots, silicon chip fabs and injection-mould plastics specialists forming a supply chain to build the LEO. Instead it was carpenters, plumbers, sheet-metal workers and engineers working on thermionic valves, switches, wires, ducting, resistors and power supplies. The LEO was built at a factory on Minerva Road in Acton, West London, and moved in crates to Cadby Hall, where it was assembled.

The LEO was more or less the EDSAC: it sported 3,000 electronic valves, 32 storage tanks that held 32 numbers of 17 binary digits, and executed 650 instructions per second.

Compare that to today's computing power: take an ARM Cortex-A8 processor core used in Apple's A4 system-on-a-chip on the iPad. That runs 2,000 million instructions per second (Dhrystone MIPS) at 1.0 GHz. Too fancy? Want more of a work-horse comparison? Try the Intel Core i7 875K that executes 92,100 DMIPS at 2.93 GHz. The iPad also packs 16GB or 32GB of memory. The Intel chip that helped ignite the PC revolution of the 1980s, and heavily out gunned today, the 80286, was capable of 2.66 DMIPS at 12.5 MHz and was capable of addressing 16MB of RAM.

Data was fed into the EDSAC on teleprinter paper tape via an electromechanical tape reader that, by 1950, was updated to a photoelectric reader. The output was initially through a teleprinter upgraded to a paper tape punch in 1951. For the LEO, its designers hoped to use magnetic tape for memory storage, but it never worked properly so mercury ultrasonic delay lines – acoustic signals travelling through the fluid to be later turned back into electronic signals - were used instead. These were capable of holding just over 1,000 combinations of characters. The operating system consisted of 41 data words of read-only memory.

Next page: A two-year bug hunt, decades before IDEs and such tools
Page:
Tips and corrections
44 Comments