What have you done for us lately, moan hedgies 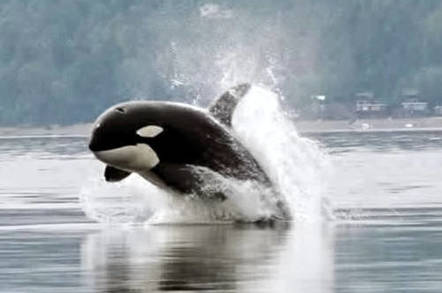 Analysis It's a narrow line to have to tread and STEC chairman Kevin Daly has not kept to it in his response to the nasty letter from hedge fund Balch Hill calling for STEC CEO Mark Moshayedi's head and a new set of directors for mismanagement of STEC since the EMC OEM deal glory years.

There is going to be a contested vote with a proxy war - candidates for directorship supported by shareholder votes put at their disposal - between STEC's incumbent board and a new slate of directors supported by Balch Hill and its ally Potomac Capital, at the company's annual general meeting (AGM) this year. Shareholders will be canvassed by the two opposing groups putting forward their manifestos.

The Balch Hillites have said - read the letter here - that STEC management mis-managed the company, were asleep at the wheel when the OEM contracts declined in value, reacted too late, reacted in the wrong way, chose strategies that further decreased shareholder value, and fell afoul of SEC suspicions about insider trading - and that, damningly, they had a verbal agreement that STEC's CEO would stand down. STEC welshed on this deal. Trust us; we will raise shareholder value.

Now STEC's chairman has issued his riposte in a letter to shareholders which Benzinga has made available; it isn't on STEC's website.

The narrow line is to be credible and open about past mishaps, and upbeat and convincing about the steps taken to recover from the misfortunes. Daly doesn't appear strong on either topic.

Basically he's saying things have gone awry due to market forces, not due to management error, and STEC management is working with the right strategy to diversify away from OEM sales dependency into storage solution sales. Existing management is experienced and committed. Trust us; we will raise shareholder value.

Over the past four months, STEC has been aggressively moving forward to implement a new business plan and market strategy that is focused on diversifying the company's reach, domestically and globally, by adding a solid mix of channel partners and direct enterprise and vertical sales and sales support expertise to our existing OEM distribution model. An essential element of this strategy is transforming STEC from a component supplier into a storage solutions provider.

It's a weak hand he has to play because Balch Hill is right. STEC results have been dire; there is no immediate remedy at hand, and it was on existing management's watch that things fell apart.

Daly bigs up the achievements made so far, like the first non-OEM customer accounting for more than 10 per cent of sales, and says:

"This is a testament to both a well-conceived plan and to an enhanced sales and marketing team with extensive direct enterprise and application expertise. All told, the actions we have taken give us growing confidence that STEC is well-positioned to execute its strategy for 2013 and beyond."

The phrase "well-positioned to execute its strategy for 2013 and beyond," is hardly stirring stuff.

"Our STEC team includes highly qualified, engaged individuals who are committed to serving the best interests of the company and our shareholders."

Yes Kevin, but they messed up; admit it. Only he doesn't, merely saying:

"The enterprise solid-state storage market has both grown and changed dramatically since STEC essentially invented it more than a decade ago."

STEC invented it and then STEC lost it; hardly admirable. Now it's trying to regain it in a well-populated field of competing suppliers and coming from behind with catch-up technology.

But, STEC is doing well:

The activists' assertions overlook the considerable successes our existing Board and management team have already achieved, such as:

The first claim; yes STEC was first; now it isn't. What's good about that?

The last claim; come on. Fusion-io, LSI, Micron, OCZ, Samsung, Plextor, you name it, can all make the same claim. This indicates a weak hand if the argument has to be bulked out with thin stuff like this.

Pioneering 2TB SSD would be okay if there was some tangible success associated with it and STEC had an advantage other suppliers do not. There isn't and it doesn't.

Who do you trust?

There's just nothing here you can safely get hold of and rely on. It's not like STEC is saying we have this sustainable technology lead in "X" and will leap to the head of the pack again.

Daly says this is no time for a management change which would put the company's future at risk:

"Allowing activist hedge funds inexperienced in our industry to assume control of STEC's Board would in our view endanger the company and destroy shareholder value."

Balch Hill says that without a management change the company's future is at risk:

"We do not believe the Company can rebuild the trust it has lost with its key customers and shareholders without immediate and meaningful change to the Board and executive management team. We strongly believe that Manouch Moshayedi’s continued presence at the Company is detrimental to STEC and Mark Moshayedi is too closely aligned with his brother to rebuild the trust that has been lost."

Daly says stick with us and we'll rebuild STEC's fortunes for the long haul. Balch Hill says commit to us and we'll return value to shareholders directly by, if necessary, selling the company.

The choice for shareholders is pretty easily described: Balch Hill and short-term gains plus a company sale, or existing management and a struggle against intensifying competition to rebuild revenues and return to profit.

STEC shareholders are floating on a raft in a sea of troubles. Is Balch Hill the lifeboat or the killer whale come to feast on their company and then swim off to some other tasty piece of meat, leaving them with a few short-term morsels of their own?

It's an unenviable choice, partly because the STEC chairman has so few good cards to play and is saying, in effect: "Trust us. (Whisper; we fouled up, but) we're best placed to repair things." ®