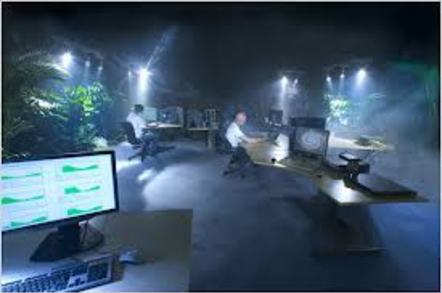 The Hong Kong government is looking at a novel way of creating new space in which to build data centres in the tiny Special Administrative Region (SAR): digging purpose-built caves.

Speaking at the Datacentre Space Asia conference in the SARon Thursday, Hilary Cordell of local real estate law firm Cordells revealed that plans for the subterranean data dungeons are progressing.

“Rock cavern development can be done, and datacentre use is a particularly good one,” she added. “It’s on the government’s radar screen and it’s taking active steps but it’s not easy and some sites will be more suitable than others.”

The environmental impact of construction could be high, as water tables may need to be lowered and toxic materials removed. But the theory is otherwise sound, Cordell said.

“Legally the person who owns the ground owns everything underneath to the centre of the earth and everything above to the heavens, so it’s perfectly possible for ownership to be divided according to different strata,” said Cordell.

In an initial feasibility report (PDF) published last year, engineering consultancy Arup went so far as to claim underground facilities in Hong Kong would benefit data centre owners by increasing security, “as it reduces the risk of accidental impact, blast and acts of terrorism”.

Arup found two-thirds of the territory has land of “high to medium suitability” for digging rock caverns.

Five areas with an area of over 20 hectares apiece have been selected in the report as “strategic cavern areas” which could each technically accommodate multiple cavern sites. These are on Hong Kong island (Mt Davis); Kowloon (Lion Rock); New Territories (Tuen Mun and Sha Tin); and Lantau (Siu Ho Wan). 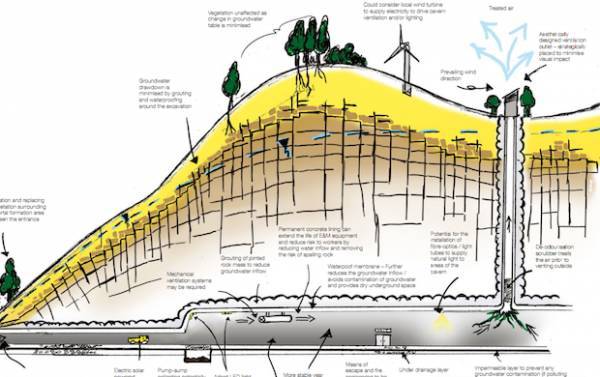 What a Hong Kong rock cavern site could look like. (Credit: Arup)