Time to put 'Big Data' on a forced diet

There ain't nothing cheap about big storage 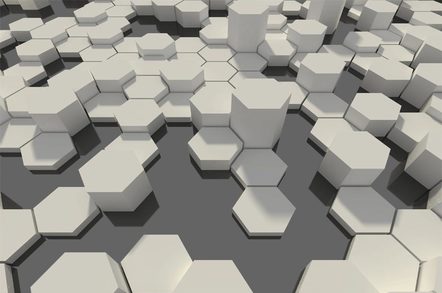 Data is big business. These days they've even started calling it “Big Data”, just in case its potential for unbridled magnitude had escaped anyone. Of course, if you have Big Data you need somewhere to put it. Hence storage is also big business.

On the one hand this is a good thing, but that's just because several of my relatives work in sales in the storage industry - which means the commission they earn from selling another couple of petabytes of disk space can usefully be redeployed in buying me the occasional pint.

In general, however, storage is a bad thing if you don't use it sensibly.

A company I worked with a while back had a problem: their server estate was growing and their SAN was running low on space. The obvious question came up: what's the cost of adding another array to expand the space available? With disks considered a commodity these days, a nice cheap quotation was expected, but imagine the look of surprise when they were told: “It doesn't really matter what it costs to buy, there's no space in the server room to put it.”

So they asked themselves the question: can we use this stuff more wisely? And the answer was “yes” – with some relatively simple steps they could free up well over a terabyte of storage. And while that doesn't sound very much with regard to modern technology (I just picked a random IT retailer's website and found a 1TB drive for £53, for instance, and for that matter the Apple Time Capsule on my desk is a 3TB unit), it's a far bigger deal if that terabyte is enterprise-class storage, with super-high-speed switched Fibre Channel connectivity, in a high-availability configuration, with complex compression algorithms ekeing out every last byte of its available capacity.

Storage looks cheap in theory, but it's not if it's enterprise-class storage because of all the complex technology you need to wrap around it to make it usable and useful.

Do you even KNOW what you're storing?

And you know what? In the years I've been in IT, I've lost count of the number of times that clients have moaned about running out of storage space (and, more frequently, running out of hours in the day to run backups) but who have, when pressed to identify their data, been unable satisfactorily to explain just what happened to all their free space.

Data management in the average organisation is, frankly, appalling. In a way, though, that's understandable: unless you employ a team of storage Nazis to interrogate everyone regularly about their files, you really don't stand a chance of keeping tabs on your storage requirements.

And let's face it, if you're given the choice of deleting a document (and running the risk of needing it later) or hanging onto it (just in case), what are you going to do? Nobody ever got fired for keeping a document they believed might be needed one day, but I bet many have been fired for doing the opposite.

So how do you trim down? Here are three questions to ask yourself.

Data: How can I squeeze as much as possible of it onto the disks?

As I’ve already mentioned, the disk itself is one of the cheaper, more commoditised elements of the storage system; it's all the SAN fabric and controllers that you wrap around it that ramps the cost up.

If you want to compress data, the obvious way to go is to employ a compression algorithm to encode more data into less space. And since the compromise is that compressing stuff slows access times down, you then employ expensive ASIC-based compression to speed it up again (“ker-ching!”). De-duplication is also a complete no-brainer, particularly if you live in a virtual world – for instance, SAN controllers that store a single physical copy of something and present it as multiple virtual entities do a spectacular job of optimising the storage of, say, dozens of Windows VMs that are all packed with bazillions of identical system files.

At the very least, then, turn on the optimisation features of your storage hardware. You've paid for them, after all, so use them.