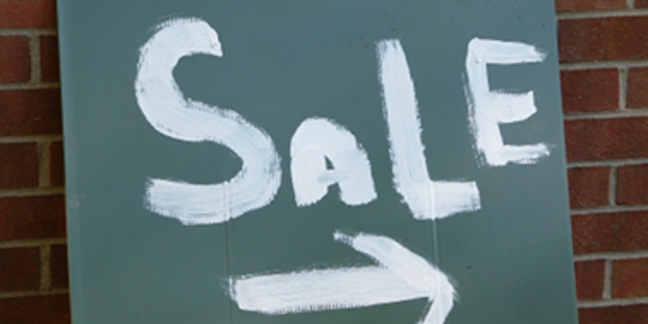 Activist investor Balch Hill has told STEC's shareholders that they should consider putting up a For Sale sign on the fallen flash leader's lawn and booting out the CEO and former CEO, the Moshayedi brothers.

Balch Hill, which holds 9 per cent of shares, and its partner Potomac Capital have issued a letter to STEC shareholders and the world at large over their "concerns" that the company had lost a huge amount of shareholder value.

Choice bits from the letter include the activist investors' contentions that:

Amazingly, Balch Hill claims that in previous discussions with STEC's board:

We were close to a settlement that would result in the immediate resignation of Manouch Moshayedi from all positions with the Company ... We also had a verbal agreement with the Company that Mark Moshayedi would step down as a director at the Annual Meeting and as CEO following a search for a new CEO to be headed by a special committee of the Board composed of four (4) independent directors, including Eric Singer. Unfortunately, the Company was unwilling to reflect their verbal agreement in writing and we were forced to pursue a proxy contest.

STEC had this to say about the break down in talks: "We are disappointed that the dissidents have decided to pursue this wasteful course of action. The Board and management team remain fully committed to creating value for all shareholders, and that remains our focus."

Current CEO Mark Moshayedi said at the recent earnings call that STEC would "continue to reach out to the activist investors and as a result, this proxy contest, and we’re hoping that we could get to a mutually agreeable resolution." ®