The Lynx effect: The story of Camputers' mighty micro

The cat from Cambridge that clawed its way to the top... almost 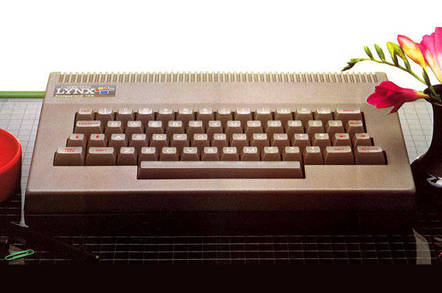 Archaeologic Not all of the early 1980s British home computers were fated to be as successful as Sinclair’s ZX series or Acorn's BBC Micro. Many were destined instead to be loved solely by keen but small communities of owners. For all these users’ enthusiasm, there were too few of them to sustain the cost of developing, manufacturing, marketing and evolving the products they had selected. When the crunch came - and after 1983’s poor Christmas sales season, it came with a vengeance - the makers of these machines were doomed.

Even superior technology was no guarantee of survival as the minds behind the Lynx, made by Cambridge-based Camputers, were to find out. 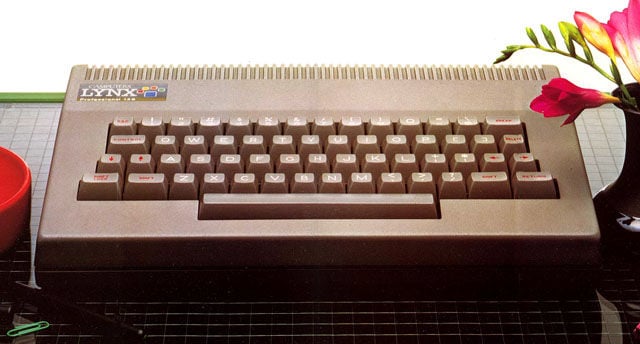 The Lynx’s own origins go back to early 1981 when Richard Greenwood, founder of small Cambridge-based electronics design company GW Design Services (GWDS), decided to establish a second firm to make and sell microcomputers. It was called Camtronic Circuits, though it was later renamed Camputers.

Greenwood’s career stretched back to the late 1960s and an apprenticeship with Pye Electronics. In June 1977, he set up on his own firm, establishing GW Draughting Services to do sub-contracted circuit boards. “Dick was mainly doing PCB layouts,” recalls Geoff Sore, who had trained as an apprentice alongside Greenwood. “In those days this was done with red and blue tape onto clear plastic film usually at 2:1 size ratio, sometimes life-size, and that was a very laborious and very skilled job, because you not only had to manipulate the tape, you had to work out all the tracking.”

By October 1979, Greenwood found himself increasingly taking on electronics design work, so the "Draughting" was dropped from the company name and replaced by "Design". Camputers was formally incorporated in February 1981. Geoff Sore says the name was conjured up not only because Greenwood wanted something more catchy than GWDS, but in order to put clear blue water between the group’s efforts for clients and the work it would do for itself.

“I used to live with Dick in a shared flat when we were apprentices at Pye,” he remembers. “People came, did their apprenticeships and left, so the turnover in the flat was quite high. He went his way, I went mine. I was working in Malmesbury, Wiltshire as Euro Sales Manager for one of the Philips companies, and I got totally pissed off with it all. I gave it up and started doing sub-contracted design work. I met Dick again, and he said, ‘Why don’t you come and work with me?’ So I did.” Sore joined GWDS in January 1981 just before the foundation of Camputers.

GWDS’ business grew and around this time was contracted to design a Z80A-based CP/M computer for a London-based firm called Iona. According to Sore, GWDS built Iona a number of prototypes, but the client seemed to lose interest and eventually the project just fizzled out, but it got Greenwood thinking about how GWDS might itself branch out into computers.

It was around this time that John Shirreff, who had trained as an architect but discovered he had a flair for electronics during his experimentation with electronic music, joined the team as a circuit and systems designer. “He was the real design genius, he had the flair for coming up with novel approaches to things,” Sore recalls. Martin Crutchley, who had been with GWDS for some time, was in charge of mechanical engineering.

“At that time we were developing peripherals for the BBC Micro under contract,” Sore remembers. “We did the floppy drive. Dick did the BBC Micro PCB layout. He would work the whole day doing modifications, and then at night I would drive from Cambridge to Norwich to take the new masters to the PCB plant out there. They would make the boards the next day and deliver them back down to Acorn, and they’d build it and play about with it, and a new set of mods would come across to us.”

GWDS also did some contractual work on early versions of the NewBrain during 1981.

All these efforts only reinforced Richard Greenwood’s belief that the GWDS team had what it took to make their own machine. “We had all the facilities, but we didn’t have the money to get more staff, to fill the gaps,” says Sore. “Dick gave me shares in GWDS, and he went off to look for funding, while I ran GWDS.”

With the BBC Micro finally put into production at the end of 1981 and its debut on sale in early 1982 - though still no real sign of the NewBrain, mind - Greenwood decided to go ahead. And, in March 1982, he established a team to create what would become the Lynx. John Shirreff got to work designing the system architecture, while Greenwood himself worked on the look of the case, Martin Crutchley handling its tooling and mechanics.

The “adrenaline soaked” development effort - bear in mind, many of the GWDS team were also working on designs for the company’s clients - ran through the summer of 1982, with the first prototype booting up in July. That gave Greenwood the confidence to seek out funding to continue development, and was able to persuade Barclays to loan the company £50,000, later increased to £75,000. 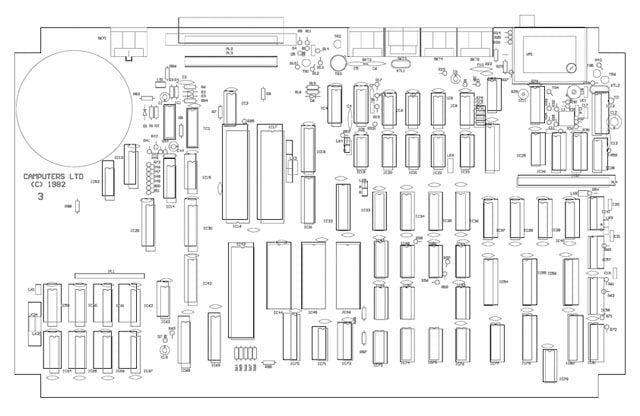 Today, John Shirreff recalls Lynx development effort being a relatively straightforward one, much of the groundwork for features like switching between banks of memory having been already done during the Iona work. Unlike the GWDS’ previous machine, however, the Lynx required new work to be undertaken on colour graphics, TV output and sound.

The development work went sufficiently well for the company to book a stand at the following September’s Personal Computer World Show to demonstrate a prototype and to brief the press about the machine, though and initial price point for the 48KB Lynx, of £150 including VAT, was revised upward to £225 just before the show. Camputers was able to announce that it would offer 96KB and 128KB models in addition to the 48KB version, and that these would be able to run the CP/M operating system on their Z80A processor - an obvious choice for the computer’s CPU given the work GWDS had already done on the Iona micro.