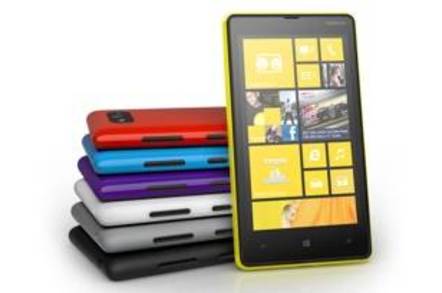 If you're shopping for a new mobe on a two year contract and like the look of a Windows Phone, chances are you'll be compelled to undergo an OS upgrade or face using a handset that's not supported by the end of your deal.

The Reg offers this advice with a tip of the hat to Italian site Plaffo, which pointed out a Microsoft support document that says Windows Phone 8 support ends in July 2014, just 16 months from now.

The document also says Windows Phone 8 is already past its “lifecycle start date”, aka the point at which Microsoft starts counting down to the end of support.

Those who enjoy death riding Microsoft's mobile efforts, which have never achieved success commensurate with the company's size and influence, could see the short life of Windows Phone 8 as a sign Redmond is backing away from the mobile phone, the better to concentrate on its Surface hybrid tablet devices.

In this scenario Microsoft is hustling out near-annual OS revisions, the same pace as Apple and a little faster than major Android releases. It's also notifying the world of its intentions with admirably ample amounts of time to prepare for the upgrade.

Let's assume that the second scenario is the correct interpretation for Windows Phone 8's not-too-distant death notice and consider one last constituency: developers. Might they have something to worry about?

Microsoft's history is one of remarkable consistency when it comes to backwards-compatibility. It's very hard to imagine it would step away from that policy on mobile phones. ®