SimCity owners get free game, EA will get A NEW CEO 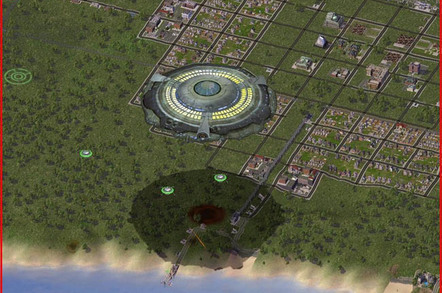 Updated Maxis has published the list of the games it's offering free miffed 'Mayors' to compensate for SimCity's disastrous launch.

The offer was announced by Maxis on Sunday and lets existing customers and those who register before March 25 to get a free game along with their copy of SimCity as compensation. The downloads start on March 22 and registered owners have until the end of the month to grab their games.

"Our SimCity Mayors are incredibly important to the team at Maxis. We sincerely apologize for the difficulties at launch and hope to make it up to you with a free PC game download from Origin," the company wrote ina blog post on Sunday.

Disgruntled SimCity owners can go back to the future by choosing a free copy of SimCity 4 Deluxe Edition - a game that many fans of the series have turned to in the wake of the online troubles the new version has experienced, due to its offline functionality, mature traffic model, large city sizes and verdant ecosystem of mods and add-ons.

Maxis decided to give a free game away to customers after its hotly-anticipated online-only town simulator crashed-and-burned upon launch due to widespread server problems. Though these problems have since (mostly) subsided, the game has been dogged with further issues, such as shoddy traffic simulation algorithms and server-side saving errors.

Mischievous buyers that want to send a cold, hard, cash-based signal to EA execs, may note that the retail prices for all these games vary by a significant margin, between the cheap Plants vs. Zombies and more expensive titles like Battlefield 3. After the offer expires it is likely that an EA/Maxis bean-counter will run the numbers on the games people chose and come up with a number representing either lost or missed revenue.

While EA/Maxis is busy offering SimCity buyers a legit way to build their towns offline (SimCity 4) the fan community is working to cut the links mooring SimCity to servers operated by EA/Maxis.

Several guides have appeared online that can help people work out how to run the game offline with varying levels of functionality, either by modifying local files manually, or by downloading dedicated patches.

One hack posted on major gaming forum NeoGAF, requires the user to comment out a mere line of code.

This appears to contradict EA/Maxis' earlier claims that allowing the game to be played offline would require "a significant amount of engineering work by our team".

EA CEO John Riccitiello will step down on 30 March, the company announced on Monday.

"We appreciate John's leadership and the many important strategic initiatives he has driven for the Company. We have mutually agreed that this is the right time for a leadership transition," EA's newly-appointed executive chairman Larry Probsts said in a canned statement.

No reason was given for Riccitiello's sudden departure. ®

Terming owners of the game 'Mayors' is a depressingly (and we suspect unintentional) accurate reflection of the state SimCity buyers find themselves in: though they are in charge of their city, this is temporary and eventually they will have to leave office, probably not at their own wishes but due to external factors.

A full list of the games whose online functions are no longer supported by EA, is available here.