Touch screens and greasy mitts: All you need is glove 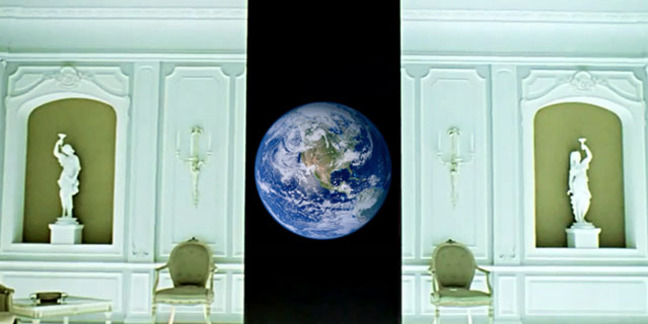 Something for the weekend, sir? Currently, my most generous client has conspired to have me surrounded by shiny glass and plastic rectangles between the hours of 6pm and 6am. Working night shifts always seems a little exotic at first for namby-pampy light-lubbers like myself but the novelty eventually wears off as vitamin D levels decline.

To be pedantic, one of the rectangles is not shiny: it’s a Eizo 22in autosensing LCD display with sensible matte coating. The rest, however, are as glossy as the hairless pate of my old school’s headmaster, Mr Ernest Shiney-McSlaphead. There’s a brand new skinny iMac with its depthless black 27in display looming over me like a distorted Clarke-Kubrick monolith. For reasons too complicated to explain, there’s my laptop screen there too, with its super-reflective display surface ensuring I can discern every detail of the light fittings above my head.

Scattered around the desk on either side are a mix of iOS and Android tablets: two 10-inch, one 8-inch and a 7-inch. Oh, and my smartphone is lying there as well because I inexplicably fail to notice all calls and messages when it’s in my pocket.

Or in the case of the tablets, shiny greasy rectangles. My propensity to sweat has been hinted at in this column on previous occasions, and I seem to produce so much greasiness from my fingertips that I could probably fix squeaky doors with a touch. I could go into business as a furniture fittings guru, perhaps, adopting a ‘laying on of hands’ approach to the long road towards rust-free enlightenment.

Are my hands really that greasy? They must be, judging by the state of these iPad and Kindle Fire screens after ten minutes in my mitts. If I had been born into the Victorian age, there’d be photos taken of me and my mystic digits producing ectoplasmic 3-In-One during séances in Bloomsbury for upper class twits. Well, we freelances have to make money where we can.

Last November, HLW bought me a pair of woolly gloves with capacitive fingertips so that I could operate my phone outdoors in the cold. Contrary to all my expectations, they work superbly well and I have considered wearing them in the office. Doing so makes my hands sweat even more, unfortunately, but the real reason that I don’t wear the gloves indoors is because I can’t stand having to explain why I’m wearing gloves indoors to every single fucking person who walks past my desk. 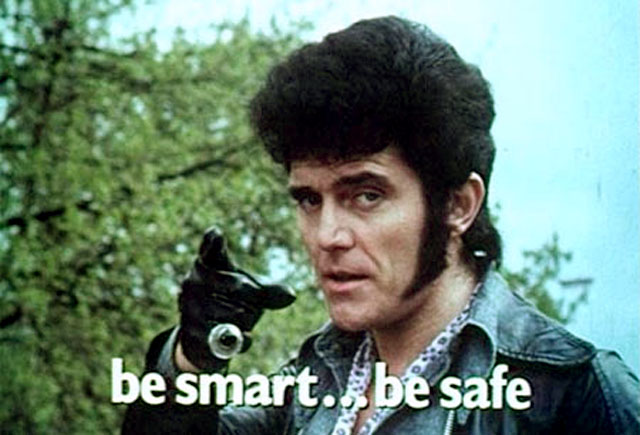 Alvin Stardust advises on the importance of gloves

I can hardly blame them, either: wearing gloves indoors is something that only dickheads do. Will.I.Am. Do I need to say more? That said, Will.I.Am has one thing over me in that his gloves are fingerless, apparently so that he can use his smartphone, and this means he must not have greasy fingertips.

So in addition to all the shiny rectangles, my overnight desk is adorned with two large lens cloths and a bottle of screen-cleaner spray. The viscosity of my finger-grease is such that the cloths are not that much use: what I probably need is an ice scraper.

For the past fortnight, however, I have been experimenting with a variety of capacitive pens. I’ve tried quite a few now, including some crappy little sticks sold cheaply at Maplin (bless ’em) and some effectively disposable capacitive styli that one of my colleagues had picked up for a couple of quid a pop.

For the moment, I have settled upon the ludicrously expensive Wacom Bamboo Stylus Duo which has a floppy capacitive rubber balloon at one end and a unremarkable ballpen at the other. This turns out to be very convenient for making floppy interactions on the tablets and taking unremarkable notes in my workbook, and it is fitted with several unscrewable fittings on the nibs and cap so that I have something to fidget with.

It does the trick, too: the screen cleaner is only required once a day now. However, a capacitive stylus is a nonsense tool. The whole point of capacitive touchscreens, which are more expensive to manufacture than stylus-controlled resistive touchscreens, is to support multiple simultaneous touches, enabling such actions as rotate, pinch and zoom. With my trusty £35 biro-cum-floppy-balloon, I have regressed to point-and-click.

One answer could be to invest in a second capacitive stylus and use them like chopsticks. I will certainly give it a go and let you know how I get on. The chances are that I’ll end up holding a stylus in each hand and looking like someone on their first visit to a Chinese restaurant trying to pick up a noodle.

Worse, the best of capacitive technology is still to come, and it is all dependent on the human sense of touch. Disney Research – yes, such a thing exists – has been working on a project called Revel that sends an electric current through your body to your fingertips, producing programmable tactile sensations as you touch otherwise smooth but appropriately wired-up objects. For example, imagine touching a photo of a brick on an iPad and feeling the brick’s rough surface, or touching the protective glass casing in front of a museum exhibit and having the sensation of what it’s like to touch the exhibit itself.

You can’t do this armed with a floppy balloon at the end of a 5-inch aluminium tube. Unless I can do something about my dextral ectoplasm, or manufacturers invent a grease-resistant screen coating, I’ll be cast adrift on the dead sea of pen computing. While the rest of you are groping museum exhibits, I’ll be like a Victorian gentleman visiting a zoo, poking the creatures with a stick. ®

Alistair Dabbs is a freelance technology tart, juggling IT journalism, editorial training and digital publishing. He is also trying the Lady Macbeth solution to soiled hands, which involves washing them every five minutes. Armed with his trusty bottle of Boots hand gel, he has the air of a border control officer preparing for an all-cavity search.