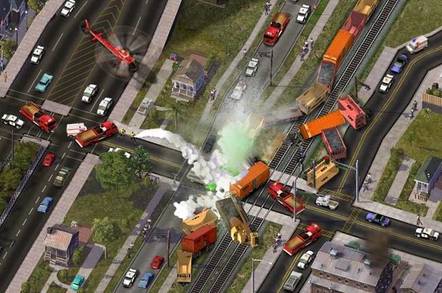 Antique Code Show There’s a prevalent feeling throughout the whole of SimCity 4 that this is the game that Will Wright and Maxis would have liked to have made from day one. That is if graphics technology and PC hardware had been up to the task when the original SimCity was in development.

The 2003 release was expanded in both the macro and the micro sense, so creating the fullest experience yet as mayoral and godly powers were blended. On the one hand players were suddenly handed the power to craft mountains the size of Olympus Mons, valleys as wide as the Red Sea and given free reign over multiple regions of land to develop upon simultaneously. On the other, Maxis' cogs and gears driving the simulation underneath the hood grew ever more complex. 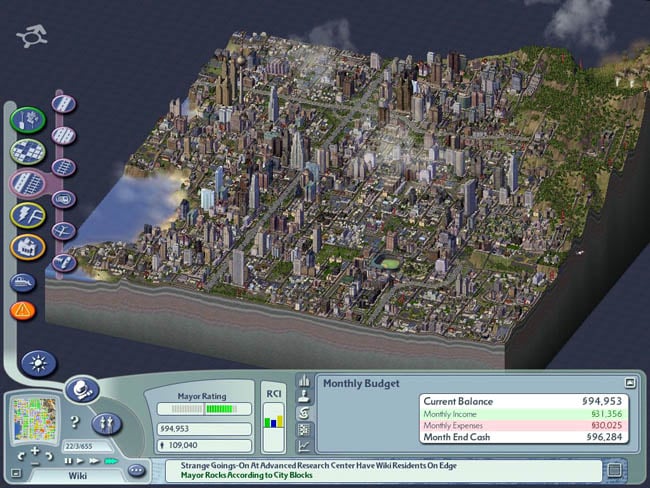 It was here, as an unceasing yet largely unnoticeable torrent of data was generated, that SimCity 4 really sprang into life. From plotting the navigation of a removal van through the streets, to calculating whether an industrial plot developed into a hi-tech science lab or a pollution spitting smelting plant, all was controlled by this invisible database of numbers and percentages.

Such an abundance of constantly processed information was also discernible in the graphical overlays that used a traffic light like system. Greens and reds allowing you to instantly assess where the placement of a park or school might have the greatest effect. Of course similar systems were in place before SimCity 4, but here they just seemed that bit more relevant, and the information offered not only deeper but also easily more read and understood. 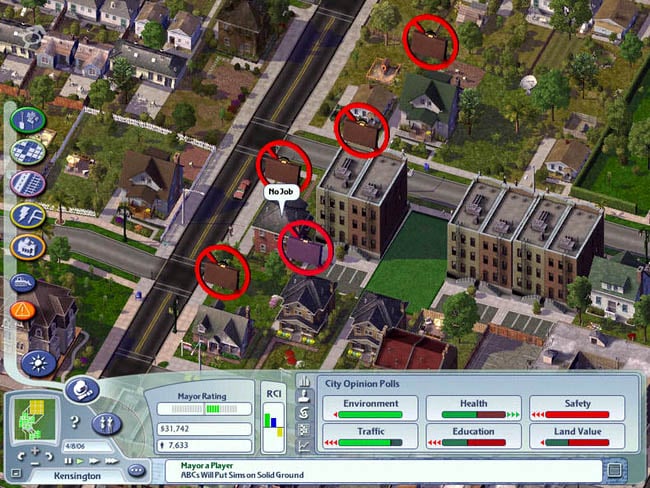 It all made for a more tangible feeling of ebb-and-flow as the passing of time made even your smallest improvement have a big impact on your creation’s future composition – the butterfly effect in action. Your city didn’t just develop and expand as in earlier games, but it actually responded, and in predictable patterns that the series’ prior entries just didn’t convey.

The move from the old-style fixed 2D engine to a more flowing 3D engine was a further boon, especially when it came to creating eye-catching natural scenes for your population to bask in. Disasters too were overhauled, with tornadoes, volcanoes and giant robot attacks more ‘authentic’ to behold. The day-to-night cycle meant that players got to see their towns lit up for a first time, so making the push for skyscrapers all the more rewarding. 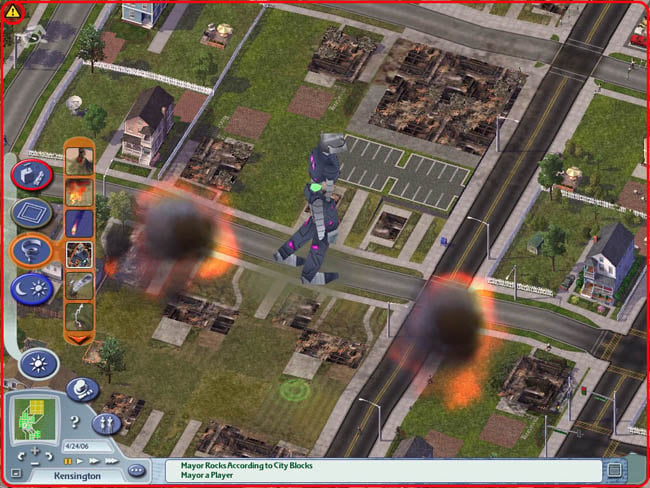 Maxis also found time to add multiple styles of buildings: Chicago circa 1890, 1940s New York, 1990s Houston and contemporary European all being taken as inspiration. Whether you stuck with one type of building, or let the game pick from all combinations, was up to you. But the opportunity to create identical copies of real life cities was there to be had for anyone with enough talent - and time - at their disposal.

An exhaustive tutorial greeted the first time mayor with guides to zoning, traffic management, taxation and redevelopment of existing cities. The overlying message being to force home that though SimCity’s usual mayoral aspect was there, it had been bolstered with total control over the very shape of the land.

Next page: Any municipal of yours...
Page:
Tips and corrections
56 Comments