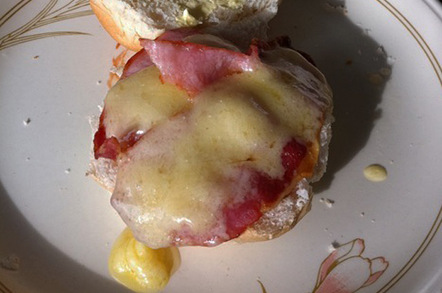 In devastating news for bacon sarnie lovers, boffins have warned of the potentially deadly effects of overdoing it on processed meat products.

The chilling results of a Europe-wide survey conclude that those scoffing more than 20g of processed meat a day - equivalent to one meagre rasher of bacon - were at increased risk of popping their clogs from "cardiovascular diseases, cancer, and 'other causes of death'".

Scientists quizzed 448,568 men and women between 35 and 69 years "without prevalent cancer, stroke, or myocardial infarction", asking them to provide "complete information on diet, smoking, physical activity and body mass index".

While the aim of the survey was to examine "the association of red meat, processed meat, and poultry consumption with risk of early death", it was in the processed meat department that alarm bells really rang.

The upshot of all this is that "3.3 per cent of deaths could be prevented if all participants had a processed meat consumption of less than 20g per day".

The full tale of meaty woe is available in PDF form down at BMC Medicine. Other enlightening facts to emerge from the survey were that "men and women in the top categories of red or processed meat intake in general consumed fewer fruits and vegetables than those with low intake", and were "likely to be current smokers and less likely to have a university degree".

Reg readers are invited to confirm the truth of another finding, which states: "Men with high red meat consumption consumed more alcohol than men with a low consumption, [an effect] which was not seen in women." ®