So everyone's piling into PCIe flash: Here's a who's who guide 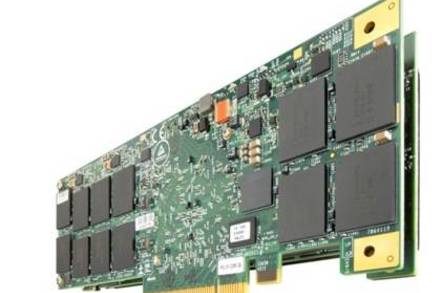 Blocks and Files The PCIe flash card suppliers are heading towards a battle royale: there's too many of them for a commoditising hardware business.

This is a ridiculous situation. As with the development of the disk drive industry, the winners will be those with flash foundry connections, good software and a strong distribution channel. And dedicated software is needed to make full use of that close coupling of flash and a blob of RAM cache.

Once the server retrofitting marketplace settles down from its initial rush, say in two to three years, PCIe flash will surely become a standard part of every server and the server suppliers' distribution channels. That means the market power will lie with the flash foundry operators as they lock up the system manufacturers' channels.

A software angle could be the link between server PCIe flash and backend arrays, be they all-flash or hybrid flash-and-disk. This will surely become an absolute necessity for standalone storage suppliers such as EMC and NetApp.

Here is a quick-and-dirty rundown of PCIe flash card suppliers and their alliances:

There are five companies and company groups in the list above that seem better placed than the others, and the others better get big, find a niche or get out while they still can as the old business school mantra would have it. ®