Beyond relational versus NoSQL 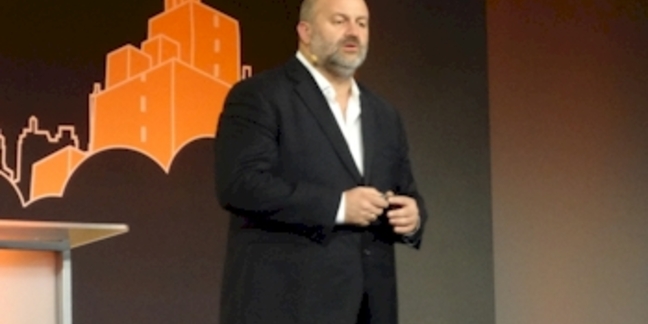 Did the CTO of a company in the top tier of those generating and storing billions of objects through retail sales and cloud service just punch a hole in Big Data hype?

At last count, about a year ago, Amazon’s S3 cloud storage service was home to 1.7 trillion objects, the giant tells The Reg.

Amazon, Facebook, Twitter and Google are the pioneers of Big Data, or so we’re told. They are the web-scale operations that mere corporate mortals can only aspire to follow when it comes to the completeness of the their understanding of customers and the speed of change.

Speaking at The Economist's Technology Frontiers conference in London on Tuesday morning, Vogels indicated the Big Data idea has become a over-simplified: adding that the prevailing “definition” of Big Data is trying to understand who your customer is and what they are doing by collecting more data to build a “finely grained result.”

That’s certainly a definition subscribed to by the tech makers punting relational and NoSQL databases and the business intelligence tools and server hardware that power it.

Many of the NoSQL databases actually came out of operations like Facebook and Twitter and now try to sell you consulting and support services on the back of that. The response of vendors like Oracle is to pump you full or iron, cores and caching - 'roids from the big boys.

As ever with tech, “the tech” is just part of the bigger story and people, process and culture are also important. Simply buying more Oracle or Business Objects licences doesn’t suddenly turn you into a Big Data player if you don’t know how to use what you've got or adapt your game.

Vogels is clearly a big believer in the power of data. He has to be: he's the CTO of one of the web’s biggest retailers - the one Oracle and others are trying to beat on cloud. He just seems to have a problem with the way the phrase the phrase “Big Data” has been hijacked, abused and over-used.

According to the CTO, data is the raw material you need to help you understand your customers, but you also need what Vogels calls a “complete pipeline”. That means looking at how you ingest, store and organise data, ensure quality of data and share it with those who need it. Suddenly, this “Big Data” sounds familiar - like data warehousing.

But wait, this isn’t about doing things the same old way and you must use your data pipeline to facilitate experimentation. Even big enterprises must experiment, says the CTO. Enterprises must quickly develop products and services, learn what’s working and what’s not, rapidly improve those products that work and dump those that aren’t working.

“You can't afford to have a three- or five-year cycle to bring a product to market because you might fail,” says Vogels. He said he reckoned that enterprise needs to become like startups, because it faces the same risk of extinction on the web. “Enterprises are being confronted with the same level of uncertainty that startups normally enjoy,” said the CTO.

Vogels inevitably pushes the cloud as something to help in this, allowing enterprises to scale their compute and to strip out waste because they no longer need to buy and provision the servers for their experiments and tests.

But as with “Big Data”, success doesn’t come by simply playing buzzword bingo. It comes from adapting culturally, not dumping all your compute cycles on Amazon’s servers. It comes down to people and culture - switching mindsets.

“If you look at cloud as just another data centre you will lose out. If you want to exploit this, you have to believe in the system itself. We spend a large amount of time with customers getting to a different architectural mindset,” Vogels says. “Just by switching mindsets and thinking about ‘it’ differently requires revolutionary thinking."

That can mean re-architecting your application or processes from running on 20 servers for hours on end to 200 servers for just a single hour, he said.

Change: Yeah, we've heard that one before...

Of course, enterprise users, who unlike Amazon are burdened with years of legacy technology and bear the scars of years of political fights to affect change will be sympathetic yet skeptical. They have heard the clarion call to change plenty of times from the tech companies and service providers who want their data and dollars.

According to Vogels, though, the cultural change has already started; that’s thanks to a generation of people who’ve grown up using Software as a Service (SaaS), BYOD users who are used to “friendly” technology interfaces and using technology without the authorisation of central IT... These are the users who buy services such as Salesforce on expenses on their credit cards.

The sort of change he is talking about could empower embattled IT types who are finally allowed to indulge their passion for technology instead of swinging an axe.

“Ten years ago a CIO told you they wanted a seat at the board but he was a cost cutter who reported to the CFO," Vogels reckons. "Now he can be an innovator. The only way he could cut costs was by using a single vendor. Now they can have two to three CRM systems, including Salesforce, targeted to a particular business unit – things they could not do before.”

Technology without the hype? That's a change to believe in. ®