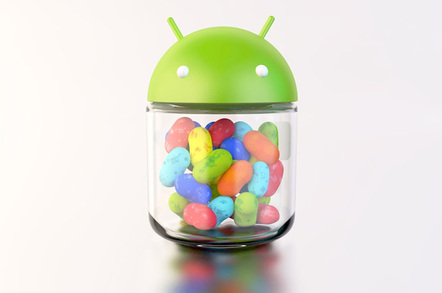 Owners of Verizon's 4G LTE version of the Samsung Galaxy Nexus handset may soon receive an update to the latest version of Android, weeks after other Galaxy Nexus devices received it and fully six months after the Verizon model got its last official update.

Twitter user @WinDroidGuy was the first to spot the update package on Monday, which so far is only available as a downloadable Zip file that must be flashed to the device by hand.

Android devices with the "Nexus" designation are considered Google's flagship handsets. As such, they're generally the first to be upgraded to the most recent version of the OS.

Owners of GSM/HSPA+ Galaxy Nexus mobes began receiving updates to Android 4.2.2 "Jelly Bean" in February, and Sprint's version of the device has been on 4.2.1 since January. But Verizon's version has been stuck on Android 4.1.1 since the last time it received any kind of official update, way back in September 2012.

That's a shame, since Verizon's Galaxy Nexus has been the only Nexus device so far to support 4G LTE connectivity. But from the look of things, owners of the devices won't have to wait much longer to get up to date.

The new update package discovered on Monday brings Verizon Galaxy Nexus phones on par with the GSM/HSPA+ versions, bumping the OS version to Jelly Bean 4.2.2 with the same kernel version number as the 4.2.2 updates for other devices.

The package is an incremental update, not a full ROM image, so to install it you'll need to be running the official, stock version of the most recent 4.1.1 ROM for the Verizon Galaxy Nexus. Detailed instructions on how to flash the device are available from various sources around the web.

If you don't feel comfortable flashing your own phone, on the other hand, you may just want to wait for Verizon to push the update over the air (OTA). The carrier has made no public statement about the update, but the fact that it exists at all suggests that it's currently in testing and will probably be made available OTA in the coming weeks.

Don't expect many more updates after this one, however. Verizon discontinued its version of the Galaxy Nexus in January, and so far it hasn't picked up Google's replacement, the Nexus 4, either. ®