Rescue deal for the bit that didn't go titsup 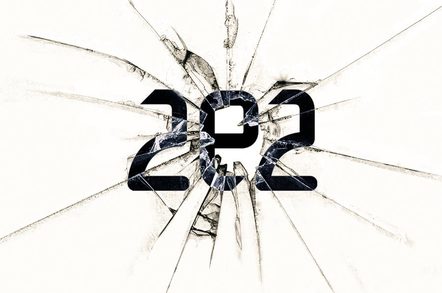 Logicalis Group has coughed €24m for 2e2's European operations, it confirmed in a stock market statement this morning.

The deal includes the IBM system integration biz in Spain - which is still trading under the Morse brand; the NetApp and HP enterprise reselling outfit in Ireland; a managed service operation in the Channel Islands; and the Dutch consulting unit.

The combined revenues of these operations - which were unaffected by the administration of 10 2e2 UK subs - amounted to $150m in the year to 31 December 2012 with an unaudited EBITDA of $8m.

"This acquisition of these four businesses immediately expands Logicalis' European footprint and enables us to improve our offering to Logicalis' multi-national and Latin American clients," said Jen Montana, chief executive of Logicalis parent Datatec. He claimed the transaction, paid for by a combination of cash and shares, also "opens service opportunities in new customer markets".

As previously revealed, Logicalis has already transferred 70 2e2 workers who had been running a managed service for M&S under TUPE legislation.

This, together with today's sale, means more than 500 2e2ers have joined rival integrator Logicalis since January, when 2e2's UK operation was placed in the hands of FTI Consulting.

A number of third party organisations expressed interest in what was termed as 2e2's international trading entities but FTI wanted to sell them to a single buyer.

"2e2's international businesses attracted a lot of buyer interest and traded strongly through a difficult period. We are pleased that we were able to reach a successful transaction for all four businesses with Logicalis," said FTI senior MD Chad Griffin.

Debt-crippled Berkshire-HQ'd 2e2 went down five weeks ago today, after breaking a banking covenant, running out of credit in the channel and struggling to pay staff.

Since its appointment, FTI faced the unenviable task of finding a buyer, while using any remaining 2e2 funds to keep the lights on. It was unable to agree terms for the UK business and had to make around 1,000 staff redundant in two phases.

An FTI spokeswoman told The Channel the consultancy was still dealing with 2e2's "issues - we are not completely off the job", but revealed "there is nothing left to sell". ®

Exclusive The axe prepares to fall on Global Tech Services staffers, including former Lloyds and Vodafone peeps that TUPED across