'How can we be losing to a jumped-up bookseller?' 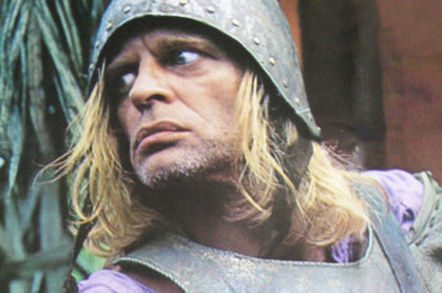 VMware executives have lashed out at Amazon Web Services, warning partners that if they let workloads go to the cloud, they are unlikely to come back.

"If a workload goes to Amazon, you lose, and we have lost forever," Gelsinger said, according to Steven Burke of CRN.

Amazon Web Services seemed fairly unruffled by the events, with the cloud company's de facto leader Werner Vogels saying "as long as people see us as a bookstore, we are fine" to Juniper Networks' chief security architect via Twitter.

For more VMware teeth-gnashing hop on over to CRN.

VMware's situation sounds disturbingly like the plot of Werner Herzog's Aguirre: The Wrath of God – a film that portrays the crack-up of a band of old world Spanish conquistadors as they journey into the heart of the Amazon rainforest searching for El Dorado, the lost city of gold.

VMware and other enterprise IT giants look to be in much the same position, as they make tentative forays into a cloud computing market defined by a competitor that comes from a different culture, with different values, and which does not want to be colonized. ®