Keyboard, you're not my type

How we tap in text stubbornly resists improvement... still

Something for the Weekend, Sir? When I chose to wave goodbye to wage slavery by turning freelance some (cough) 19 years ago, it was during an era in which the principal means of electronic communication between IT journalists was called Cix. Computers were powered by coke burners and required a team of navvies to work the bellows; monetary currency comprised coinage hacked from slabs of slate and granite; and a long-suffering, hard-drinking colleague-slash-almost-boss (it’s complicated) had the previous year launched an online forum called The Register.

Back then, The Register was a scurrilous scandal sheet largely written by hacks from the emerging personal computing press for workers in a rapidly expanding and chaotic IT industry. It was more gossipy than the ladies’ loo at the Leeds Warehouse during its 1980s heyday.

I'm sure you agree that things have changed considerably since then.

The Cix forum I enjoyed most at the time was for those working in what used to be called IT support - today, a role that has been given various wibbly HR-friendly monikers such as ‘customer services’. The forum was full of amusing anecdotes about the silly things that users did or said. One that sticks in my mind involved a large-chested, middle-aged typist who complained that a row of random characters would appear at the end of every other paragraph. To cut a decent after-dinner story short, it turned out that she was extremely short-sighted but too vain to wear spectacles, so she would pause her touch-typing every now and again to peer at the screen, leaning across the keyboard to do so.

The amusing part of the story isn’t the visual slapstick so much as trying to imagine how the IT support exec went about explaining the problem to the customer.

However, surely the more interesting aspects of the tale are that (a) there was such a thriving job market for ‘typists’ just two decades ago, and (b) keyboards really haven’t changed that much over the intervening years. 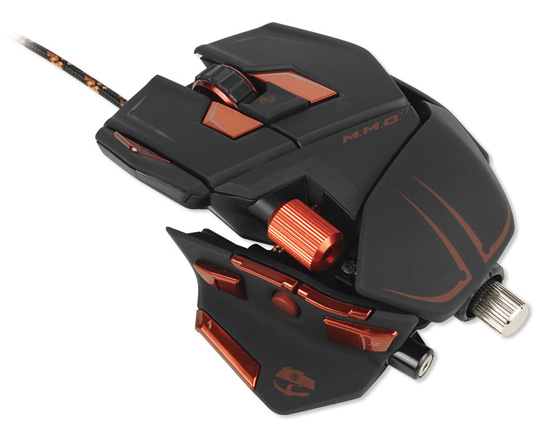 Don’t tell me mice are no different: they have changed immeasurably since those dark days. Back then, they were unnecessarily adorned with a dozen buttons for performing incomprehensible functions and the principal hardware component was a large rubber marble coated in dead skin and snot.

Only a couple of years earlier, I had been forced to use a mouse that moved unidirectionally on four little wheels. Charging through the 1990s and the Noughties, we’ve variously enjoyed the introduction of laser tracking, contextual menus, stylus tablets, trackballs, trackpads, even that ThinkPad stick thing... pointing devices are definitely not the same beast at all.

Yet for all the ‘scissor’ springs and laptop-style flat keycaps that are all the rage at the moment, today’s keyboard has barely changed since its last major redesign in the 1950s when electric typewriters began to go mainstream. The move from mechanical ker-chunk typewriter keys to light-touch keycaps was nothing short of dramatic, although curiously not solving RSI but simply moving the pain to alternative joints.

The lack of significant ergonomic development in text-entry hardware design since then is evident when you witness how people persist with their poor long-term typing habits. Even those who wrestled with Mavis Beacon back in the day continue to poke and jab rather than tickle, giving the impression of a deep-rooted distrust of the keyboard, perhaps even a fear that it might nibble at their fingertips if they rest them on the caps too long.

IT staff are among the worst for key-slamming abuse as they bang-bang-bang away as if trying to teach their ultra-sensitive Ultrabooks a lesson. The client I’m working for today attacks his keyboard with a curiously irregular and upsettingly brutal action that almost warrants an 18 rating for violence. For him, typing is not a flow of textual expression but an exercise in whack-a-mole. 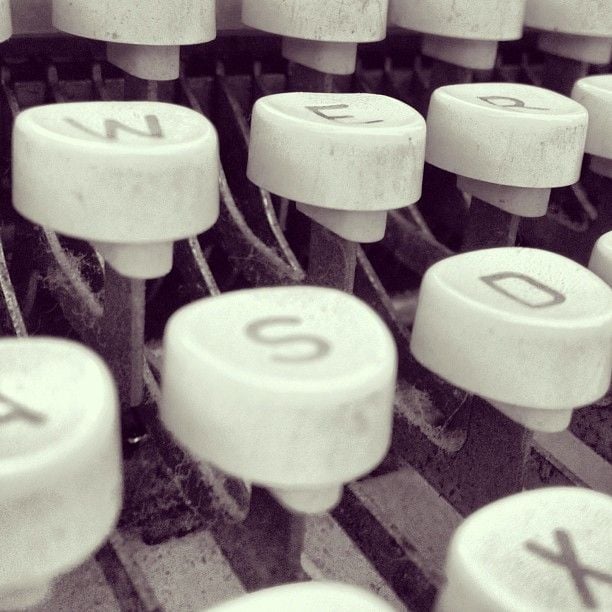 Them were the days, lad
Source: Miamism/Flickr

Despite this, people insist that the best keyboard they ever used was one they had a long time ago. It seems everyone has a fondness for a particular keyboard in their past. Analysing their preferences, however, reveals a current theme: most people prefer heavy keyboards. The heavier the device, the more they loved it. It would seem that the pinnacle of keyboard perfection would be a Bakelite model larger than your desk, heavy enough to crush a man and built with such density as to attract passing asteroids.

Personally, I prefer lightweight tippy-tappy models, but then I’m a smug touch-typist who was taught the skill in touch-typing classes at school, believe it or not. In fact, this turned out to be the only practical and useful thing I learnt during my years of juvenile scholastic incarceration. And as long as keyboards persist as they are, it will ever remain so. ®

Alistair Dabbs is a freelance technology tart, juggling IT journalism, editorial training and digital publishing. He remembers when bosses were told they had to dispense with typists and produce their own correspondence, and they all believed that it could be done using speech recognition software. Talk about gullible.

You're already gripping your fondleslab, so why not give the thumb something useful to do?

First there were notebooks. Then tablets. And now ‘book tablets’