After 2 years of silence, we heard a rumbling... then - OH MY GAAAAH 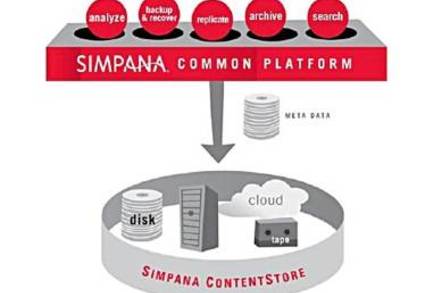 One-trick software pony Commvault has finally pushed out a raft of updates with Simpana version 10.0 in the hopes of broadening its user base in the biz data backup, archive and search game.

Simpana 9, the previous generation of the software, came out in October 2010 - so we've had to wait almost two-and-half years for gen 10. And there's an awful lot of it. Where to start?

First, it has a ContentStore virtual repository. 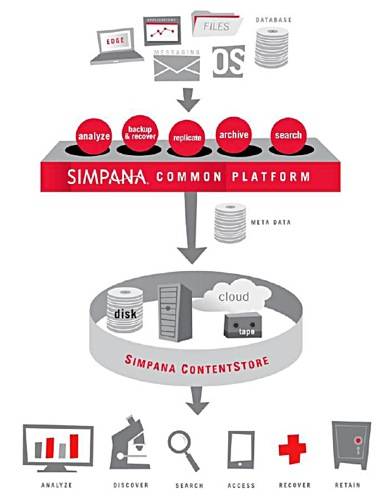 This combines local disk and tape-stored information with vaults of the stuff in the cloud into a single, virtual hardware-agnostic repository with a single index. CommVault says: "Within the ContentStore, granular and customisable access controls, single sign-on, FIPS certified encryption, alerting, and audit trails keep your information secure".

The ContentStore is "interrogated" by various Simpana tools, which get at the information inside and manipulate it. CommVault has enabled smartphones and tablets to access ContentStore with self-service access using the "Edge" mobile app.

There is a school of thought that says smartphone and tablet access to enterprise content vaults is just a flashy toy that nobody will use for serious work - which requires a keyboard. But that remains to be seen. CommVault says that with the new app, users "can download, view, edit, and share the protected information from your computer’s backup." Supported Edge devices include:

There are also plug-ins in ContentStore for access from Outlook, VMware's vCenter and Windows Explorer, plus a web console. We're told: "The Simpana 10 web console allows authorized individuals to run and configure backup policies as well as find and restore files from any backup that they have access to, from the original client, including natively from Windows Explorer, other clients, Andriod and iOS smartphones and tablets and BlackBerry tablets."

Data gets into the ContentStore through an uprated deduplication process, CommVault's fourth generation dedupe. This features what CommVault calls Parallel Deduplication, which consolidates multiple deduplication nodes under a single global reference pool. You can deduplicate across multiple data sets, and multiple storage policies. Also you can "create unique deduplicated copies of data with independent retention policies, and store onsite, at remote sites, or even in the cloud without having to rehydrate the data using Deduplication Accelerated Streaming Hash (DASH Copy)." 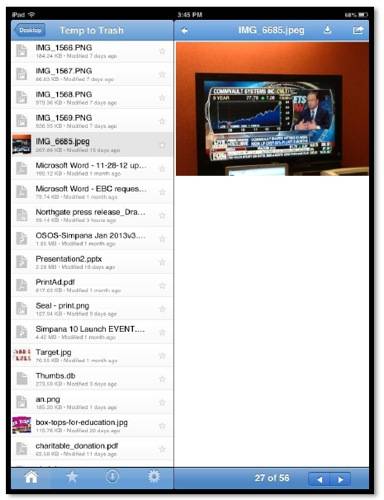 Other new Simpana features include:

There's more about this huge Simpana 10 release here (many PDFs). ®