The two go hand in hand when scaling data-crunching systems 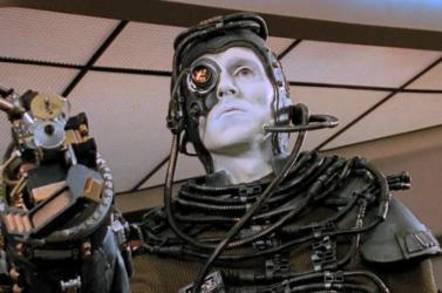 Comment In computing there are many, many different ways to run down other people’s work, not the least of which is: “OK, so they removed the bottleneck, but only by throwing faster hardware at it.”

The implication is that tackling an issue just with software is intrinsically better. When did you ever hear anyone say: “OK, so they removed the bottleneck, but only by better coding?"

The truth is that solving computing problems always involves both hardware and software; the trick is not to look for specific kinds of solution, but to find the most effective one. Of course "effective" in analytical terms can be defined in a host of different ways – cost, speed of implementation, reliability and so on.

And to make matters more complex the most effective solution to a given problem will vary with time. For example when Relational Online Analytical Processing (ROLAP) was all the rage, many star schemas were usually woefully poorly indexed. So the software fix of applying sensible indices was very effective – and much better than merely throwing hardware at the problem. These days, a more effective solution might be to chuck in a solid-state drive (SSD).

There can be no doubt that SSD technology will speed up the I/O of a system, many times over in some cases, and can be spectacularly better than spinning disk in terms of random reads and writes. And as SSDs continue to plummet in price and get faster, we expect to see them used more and more to replace delicate software hand-tuning such as indices, calculated redundant columns, horizontally and/or vertically splitting of tables and so on.

And, to switch to another valid measure of efficiency, we would argue that SSDs generally require less maintenance than software and fewer design tweaks like these and are therefore better.

This is not to suggest you should abandon software/design changes and use SSDs in all analytical systems, but it does illustrate the point that “throwing hardware” at a problem can be the correct solution.

Quick wins for accelerating the performance of software can be found by increasing the speed and capacity of the system memory. True, it’s volatile, so if the plug is pulled you lose all that lovely data, but analytical systems work almost exclusively on copies of the data. Memory capacity continues to rise as prices continue to drop and systems with many gigabytes of main memory are now common.

On the other hand, the volume of data continues to grow exponentially and we know that a great deal of data is accessed only rarely, so memory, while very useful, is never going to be the only answer.

For years we have got away with relying on CPUs acquiring ever-increasing numbers of transistors (just ask Gordon Moore) and becoming faster and faster. Recently however we have hit a hard limit in the speed of CPU cores and are resorting to using more of them to allow parallel processing. Resourceful types are finding good use cases for GPUs, chips architected originally for graphics processing, as these are designed to perform mathematical operations at high speed across many cores.

Next page: Hitting the ceiling - and punching through it
Page:
Tips and corrections
19 Comments