So a health boss, a GM veep and Qualcomm's big cheese walk into a bar

What happened next is strictly on the record 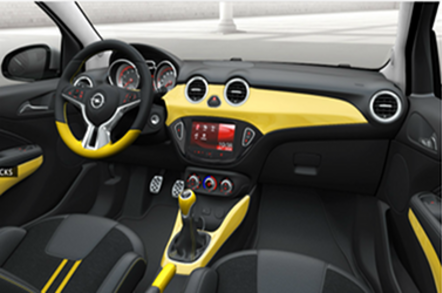 MWC 2013 The GSMA, which represents the world's mobile networks, tries to get people from outside the industry to give speeches at its annual Mobile World Congress shindig - preferably ones unlikely to upset anyone.

This had led to an odd mix of folk from inside and outside the mobile world sharing a stage at the conference, held in Barcelona.

This was especially the case in the second of this year's seven keynotes, titled "Vertical Disruption", which included speakers from NTT DoCoMo, General Motors, Qualcomm and The American Heart Foundation - all chaperoned by eager moderator Rutberg & Co analyst Rajeev Chand.

Kaoru Kato, president and CEO of Japanese mega mobile operator NTT DoCoMo, inspired gadget-lust in the heart of many a techie when he talked about mobile internet service i-mode, how it drives data usage and how his firm is working to avoid becoming a dumb pipe.

DoCoMo has made a success of NFC by investing in a German bank to strengthen its electronic commerce and payment services, working with the transport systems and working with Japan's second and third largest supermarket chains so that they now have 1.5 million merchants and 37 million users.

Mobile payments through its payment platforms have provided the firm with $2bn in revenue, something they expect to triple in three years, but the real eye-opener is that DoCoMo now has 10 million 4G LTE subscribers, which it aims to increase to more than 40 million in 2015. Kato said DoCoMo was about to upgrade its network to 112.5Mbps.

GM to put 4G modems in your car

Another person touting 4G was GM's vice-chairman Steve Grisky. He used the keynote as an opportunity to announce the widespread implementation of 4G modems into GM cars - not just high-end Cadillacs, but a huge variety of vehicles. This will include back seat entertainment and mobile hotspot integration, he said.

And it will be an open system. GM will publish APIs to allow third-party developers to write for the embedded system. Perhaps he didn't get the anti-Apple memo from the rest of the Cupertino haters at the World Congress, as he also pre-announced the implantation of Siri on low-end Vauxualls and Opels - both of which will be shown at the Geneva Motor Show next month.

Nancy Brown, CEO of The American Heart Association, was also on stage, and talked about how mobile healthcare is “the essential intersection between heathcare and technology”.

She said that cardiovascular disease was the number one cause of death in the world and spoke about cool hardware such as the Zamzee Activity Meter, which encourages idle teens to exercise.

Most inspiring was a video of cardiologist Eric Topol, a top surgeon and the author of The Creative Destruction of Medicine: How the Digital Revolution Will Create Better Health Care, talking about how a transmitter the size of a grain of sand could be put into the bloodstream to detect chemicals that warn of an imminent heart attack and then send out an alarm to a phone, which could call for help.

Digital interaction with all the things

Dr Paul Jacobs, CEO of Qualcomm, was a bit more of a mainstream speaker. We had a quick chat before he went on about how colleagues had reveled in making his digital-signal-processing code fall over when he was building a voice recognition system - but, then again, his dad did write the some of the rules for building radios.

Qualcomm wants to drive capacity up 1,000-fold and cost per bit down by the same amount.

Jacobs expressed surprise at some research that Qualcomm had done with Time magazine which said that 84 per cent of people could not go a day without their mobile. He said he'd thought it ought to be much higher, something echoed by the figure that 81 per cent of people look at their phone at least once an hour.

This ties into what he said was the Qualcomm view that a mobile phone should become "a sixth sense, a window between the real and digital world", which allows digital interaction with all the things which don’t have a user interface through a kind of augmented reality.

He quoted a figure of 24 billion connected devices by 2020, not necessarily all mobile, some may be wireline connected, but said heterogeneous systems needed to be built to connect them.

And surprise, surprise he had just a system in mind.

Alljoyn, he said, is a secure, simple system to allow different devices and OSes to talk to each other. The notion of upload and download becomes one of sharing.

Jacobs said he’d particularly like to see the mobile field work towards developing healthcare solutions, adding the costs of current healthcare were bankrupting developed countries, and that it was all but unavailable in developing countries.

Qualcomm sponsored last year's X-Prize, which asked entrants to build a Star Trek-style Tricorder. He’d also like to see developments in education “If you go into a school of 100 years ago and today it’s basically the same, yet the kids have multimedia at home”.

The four speakers sat uncomfortably together, clearly there was a mutual respect but ultimately it was a poorly curated mix with little opportunity for them to bounce off each other. It was more like four separate pitches. The GSMA doesn’t charge companies to talk and it is editorially independent so it’s a shame the rigour doesn’t show through. ®

Vodafone and DoCoMo bundle into India

Big bucks into a big market

'No time for recklessness'