Not many orders canceled, though 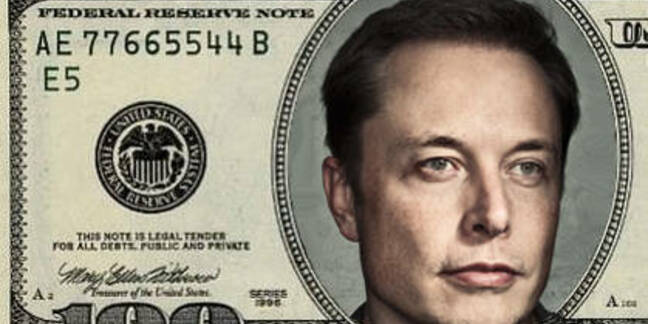 Tesla Motors founder Elon Musk says a recent negative review of his company's Model S electric car by The New York Times may have cost his company as much as $100m.

"It probably affected us to the tune of tens of millions if not maybe on the order of $100m, so it's not trivial," Musk said in an interview with Bloomberg TV's Betty Liu on Monday.

But when asked whether he truly believed the article had convinced 1,000 customers to cancel their orders for the Model S – which ranges in price from $52,400 to $87,400, depending on battery capacity and features – Musk said his estimate wasn't based entirely on sales.

"In terms of $100m, I'd say that refers more to the valuation of the company," Musk said. "It wasn't as though there were a thousand cancellations just due to the New York Times article. There were probably a few hundred."

Tesla currently ships around 400 Model S sedans per week from its Fremont, California–based factory, and it looks to be on track to deliver 20,000 cars in 2013.

During the interview, Musk repeated his earlier objections to a review of the Model S and its network of charging stations by New York Times automotive reporter John Broder, in which Broder alleged that Tesla's East Coast Supercharger network was too sparse to sustain the Model S on long drives, and that during his test drive the car ran out of juice, shut down, and had to be towed.

"And so there was this sad shot of our car on a flatbed as though that was the only outcome possible for such a drive," Musk said on Monday. "And that's just not true. And lots of people said, 'Oh, it doesn't matter if you're right or wrong, you don't battle The New York Times.' And it's like, the hell with that. I'd rather tell the truth and suffer the consequences, even if they're negative."

Musk reiterated his belief that the telemetry data Tesla recovered from the car Broder reviewed "doesn't correlate at all" with Broder's account of his test drive. Still, he said, he doesn't have it in for Broder, so long as The New York Times owns up to what Musk maintains was bad reporting on Broder's part.

"I don't think it should be the end of [Broder's] career," Musk said. "I don't even think necessarily he should be fired. But I do think he fudged an article." ®