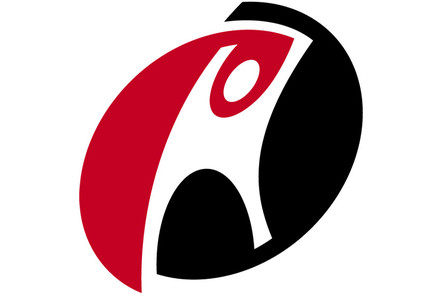 Rackspace, which bills itself as "the open cloud company", is cutting prices in its ongoing effort to tear a chunk or three of business away from closed source Amazon Web Services, the public-cloud leader.

Amazon didn't just build the first viable public cloud, it keeps cutting the price on its various compute, storage, and other services to make it difficult for others to compete in the cloud market. Luckily, Amazon's prices are nonetheless high enough for others to in fact compete, but to do so they are going to have to get out their red pens and make some slashing motions on a pretty regular basis.

Rackspace Hosting is in the midst of transforming itself from a dedicated hosting service provider into a public cloud player that also does substantial development on its cloud control freak like Amazon does, but is using the open source OpenStack controller and a mix of hypervisors* on its cloud. Specifically, Rackspace used open spource Xen as the hypervisor for the “legacy” public cloud for Linux-based Cloud Servers and now uses the commercial-grade XenServer from Citrix Systems for the new OpenStack powered public cloud for Linux-based Cloud Servers. XenServer has always underpinned for Windows-based Cloud Servers. But if you want an OpenStack-based private cloud to run in your data center but managed by Rackspace, this comes with the KVM hypervisor.

Amazon has a closed source variant of the Xen hypervisor (which it doesn't have to open up because it is provided as a service, not a shrink-wrapped product) and a homegrown cloud controller that the company will almost certainly never open source.

If Amazon Web Services is analogous to an AS/400 or VAX minicomputer, with everything you need but completely proprietary, then Rackspace Cloud is like a Linux system with some Unix tendencies, with most of the code open except for some internal stuff used for management and moving towards Open Compute Project hardware designs as well. (Not all Unixes were open source, obviously, but the APIs certainly were, and that was a big step.)

The first big cut is the price of raw bandwidth on the Rackspace infrastructure, which is being cut by a third from 18 cents to 12 cents per gigabyte. This price cut will take effect "over the next several weeks," according to a statement from Rackspace. But in a blog posting by J.R. Arredondo, director of development at Rackspace, we learn it will actually take effect on March 1.

In that posting, we also learn that if you are using the Rackspace Cloud in Europe from its UK data center, then bandwidth charges for raw networking inside the cloud are dropping from £0.12 to £0.08 per gigabyte, which is also a 33 per cent price decrease, and perhaps more importantly, is roughly the same price in the US and the UK at prevailing exchange rates between the dollar and pound.

The exact same bandwidth prices will be levied for content delivery network (CDN) services once the price change goes into effect on March 1.

Arredondo suggests that companies wanting volume discounts should contact Rackspace, but the wonder is why Rackspace didn't go all the way and offer tiered volume pricing if such bracketing is available unofficially. This is precisely what it has just done for the Cloud File service, which is the Rackspace analog to Amazon's S3 object storage service.

In addition to these charges, you have to pay 18 cents per gigabyte for outgoing bandwidth from the Cloud File object storage service. Rackspace continues to not charge for moving files into the Cloud Files service or otherwise manipulating them using PUT, POST, LIST, HEAD, GET, and DELETE commands. These tiered prices for storage go into effect on February 22.

Arredondo reminds everyone that Rackspace doesn't charge for bandwidth from its data centers out to the Akamai CDN network, which provides the CDN that Rackspace is rebranding as its own, as well as for SSL encryption on the content delivered over that CDN, and HTTP requests emanating from the CDN. DNS services and API requests on the Rackspace Cloud are also free, and so is I/O for Cloud Block Storage, the other storage service.

* Bootnote: This story originally said that Rackspace had moved from Xen to KVM when it moved from its internal control freak to OpenStack. The situation, as outlined above, is more complex.