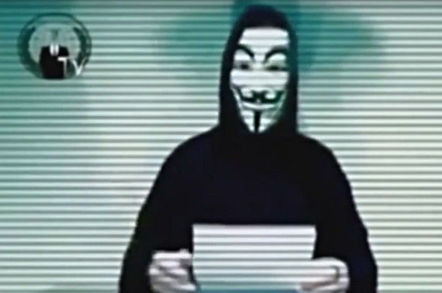 Updated Back in 1995, when the net was still young, the late Robert Vaughn Young, an ex-scientologist, said the internet would be to Scientology what Vietnam was to the US: an unwinnable war.

Vaughn Young, a former spokesman for the controversial organisation, believed that the internet would create the first place where Scientology could be discussed openly.

Free speech has been an issue for the Church of Scientology (CoS) for a long time, and the internet has become the battleground of choice for those who want the church to be more open about its teachings. Not least, online activist groups, such as Anonymous, that targeted the church in a campaign against cyber-censorship.

In 2008, Anonymous organised a massive denial-of-service attack on CoS websites, and announced a wave of ongoing online harassment, outlining plans to spam their fax machines and Google Bomb their search rankings. Their campaign was prompted by the church’s attempts to remove a video of Tom Cruise extolling the virtues of being a scientologist from YouTube and various other media outlets. Members of Project Chanology, meanwhile, regularly protest against the CoS in the real world, invariably wearing Guy Fawkes masks as seen in the film V for Vendetta.

The question is, now that the net has matured, was Vaughn-Young right?

“WH Auden wrote a beautiful poem – September 1, 1939 - in which he describes a dark moment in history, the start of World War Two. But there is a line towards the end in which he describes the Just as winking at each other 'ironic points of light' and I think this is a beautiful description of the internet,” journalist John Sweeney told The Register this week. Sweeney, you may recall, is the BBC Panorama reporter who spectacularly lost his temper with CoS officials while he was making a documentary about the organisation.

“In particular what is happening is that ordinary people who leave the church have an opportunity to talk to each other instantly. They can go online and see me, a Panorama reporter, a war reporter: if somebody like me can lose my temper because of the emotional and psychological pressure the church can bring to somebody, then they can say, 'that happened to me as well'. So the internet is really great for breaking the hold of fear that the church has over people, in particular the people who have been inside it all their lives, who are second-generation scientologists.”

As for the behaviour of Anonymous and related groups – who are not without their critics - Sweeney said they have an impact and that, by and large, it is a good one. But anonymity is not something Sweeney is instinctively comfortable with.

“I do feel that in a civilised society, one should be able to speak freely of things you criticise. Indeed, part of making our society civilised is having the courage to say, ‘I disagree with you and I am going to say so using my own name and my own face’, and that creates a climate in which we all do that. I have been to parts of the world where that is not possible, so there is a slight farcical aspect to some of this. I could say these people are fruitcakes, but I think they are on to something,” Sweeney said.

“I think in particular the way in which the CoS has behaved in the past - terrifying legal threats, the use of private eyes and so forth - creates the paranoia that Anonymous have, in a sense, mirrored. Anonymous are not the source of the paranoia; they are mocking it through mirroring. I am not anonymous, how can I be? So I don’t want to do what they do, but I am not saying it is a bad thing.”

The church, Sweeney feels, should be able to ignore criticism of its beliefs and let the activities of a group such as Anonymous wash over it. After all, he pointed out, there is a musical opening in London that takes a satirical look at the Mormon faith. The Mormon Church – often accused of cultish behaviour itself – has handled the fun-making rather well. It issued a statement suggesting that people may be entertained by the show but that the scripture would change their lives for ever.

“These people [Anonymous] might be fruitcakes but they don’t have any money and they don’t have much power so let them do their thing. If Scientology aspires to be a big religion, it should let them do their thing and just carry on and ignore them. But instead you have these counterattacks and so on and so on. I’m not going to be wearing a Guy Fawkes mask, but I think they are mirroring how creepy Scientology is and that is not a bad thing to do.”

John Sweeney has a unique perspective to offer on Scientology. His loss of temper during the filming of what would become the 2007 BBC documentary Scientology and Me makes for slightly uncomfortable viewing, and Sweeney has apologised unreservedly for it. But he said that at the time he was worried he was losing his mind.

He claimed he was stalked and spied on by the church for attempting to investigate allegations made by ex-members, who described the organisation as a cult. The journalist said that the pressure of that period felt like a battle for his mind. He wrote about the experience in his new book Church of Fear.

Next page: CoS investigation 'more terrifying' than a warzone
Page:
Tips and corrections
183 Comments

Bloke binned at Blackfriars for blasting botnet to bork broadband