Samsung under fire over copy-paste bricking 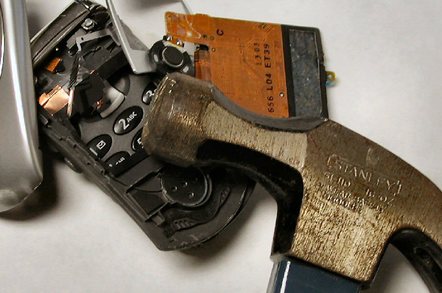 Users of a variety of Android-based Samsung smartphones are becoming restive at the mobo’s apparent inability to fix a simple bug that has catastrophic consequences.

According to this Samsung forum thread, the copy-paste bug bricks the phone, requiring a factory reset or, if the owner has root access, to empty the contents of /data/clipboard (which is not accessible to ordinary users).

In that post – back in October 2012 – the user believed the bug was random, and on a copy-paste, the phone would return this error:

There is also a large number complaints over on Google’s Android forums here (many pre-dating the Samsung forum thread).

Rather than being random, it seems that users have identified it as a systemic flaw.

The bug impacts Galaxy SIII phones and has been reported on other devices including Galaxy Note tablets.

It appears to arise from Samsung’s TouchWiz code getting upset if it sees too many items in the clipboard folder, since deleting the folder’s contents prevents the bug.

While the Jellybean 4.1.2 update is reported to fix the problem, it’s not yet available for all devices.

El Reg feels some pity for Samsung’s forum respondent, Konrad Krakowiak, who seems pretty much muzzled beyond asking for more information about the bug, and assuring users that “this bug was reported and I think that it will be resolved soon.” ®