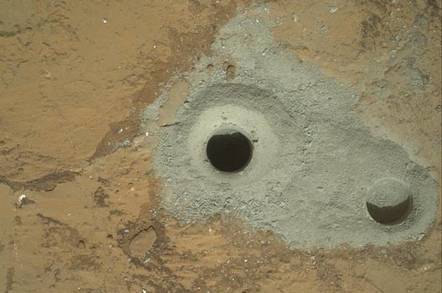 Nuclear-powered, laser-equipped space tank Curiosity has unveiled another of its weapons: a 2.3mm drill bit that it has used to gouge a hole 6.4 cm deep into the Martian soil.

NASA has kindly furnished world+dog with the image of the drill bit below. Behold its fearsome bluntness if you dare! 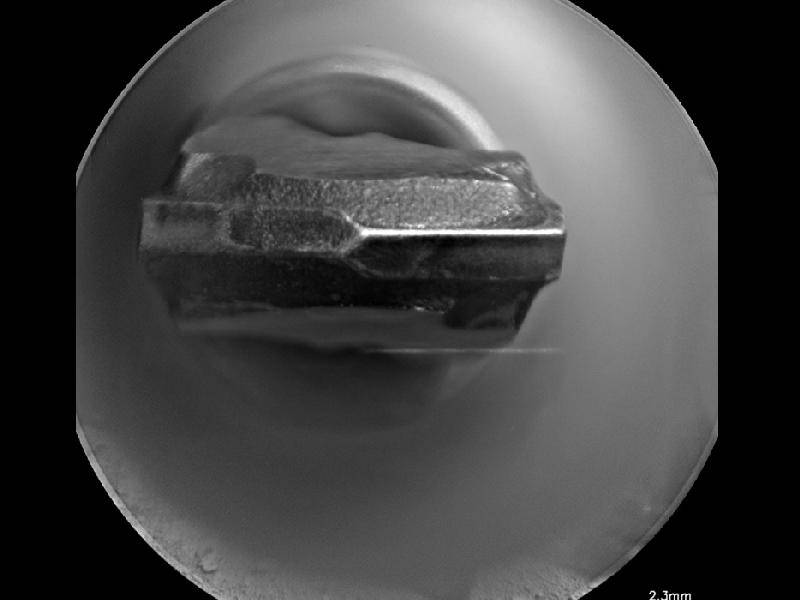 The bit has drilled two 6.4cm holes in Mars, a feat Reg readers may recall as the subject of a little terrestrial tetchiness after it was discovered the bit-bearing-box had been opened before Curiosity left earth. That mistaken decision mean the bits potentially bore earth microbes to Mars, where they could conceivably contaminate the local environment.

That worry seems to have gone away as the rover has been allowed to thrust its hardened bit into Mars' surface not once but twice, as the image below shows. 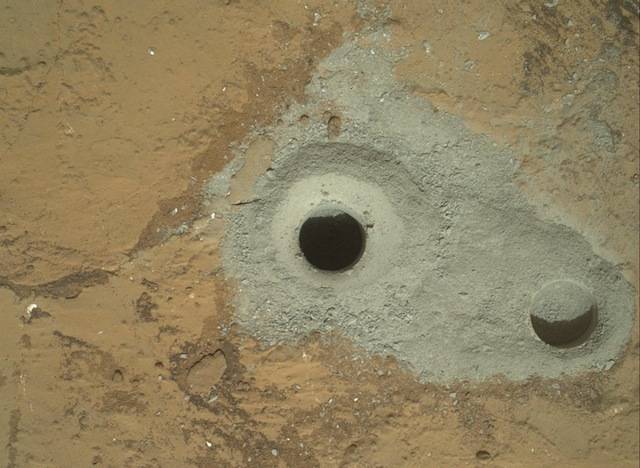 The drill turned some Mars rock to powder and Curiosity has duly scooped that up so it can be analysed by its on-board lab.

Mission scientists are rather chuffed as this is the first time humanity has managed to get its remotely-operated robotic hands on the interior of a rock on another world.

The rock in question is said to be “fine-grained, veiny sedimentary rock” selected “because it may hold evidence of wet environmental conditions long ago.”

Curiosity has plenty more drilling action in it: the rover has spare bits mounted externally and can drop blunt bits and load up replacements with its external arm. ®