IP protection hurting, not helping, US and UK 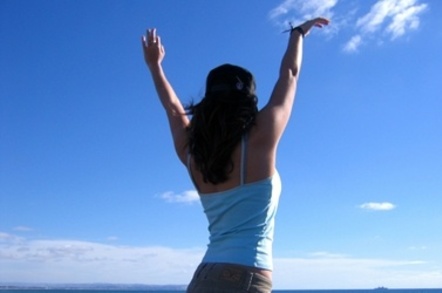 Open ... and Shut While I've never thought John Lennon's Imagine offered a particularly useful prescription for peace, I am starting to wonder if it might not suggest something better than free and open-source software.

When Lennon sings that if we can just "imagine no possessions" we'll end up with "all the people sharing all the world," he's almost certainly wrong, humankind being humankind. Maybe he never read Animal Farm. But given the outsized success free and open-source software have had, perhaps it's time to take them a step further.

This isn't a thought original to me, though I can claim a family relation. My younger brother, Clark Asay, graduated from Stanford Law School, spent some time in Amazon's Lab126 working on Kindle content licensing, and now teaches at Penn State University Dickinson School of Law, where he has published a paper detailing why free and open-source software licences fall short of their goal, and how public domain could help. He writes:

This Article argues that this IP-based approach [used by free and open-source licenses], while perhaps helpful in the beginning, is no longer necessary and in fact prevents the movements from reaching their full potential.

The IP-based approach has this effect by causing significant transaction costs without offsetting benefits, resulting in a tragedy of the anti-commons. The IP-based approach also creates the risk of IP trolls in the future, especially in the copyright sphere. Furthermore, the resulting anti-commons is unnecessary to prevent the feared tragedy of the commons because most contributors to open movements do so for reasons that do not fit within the typical tragedy of the commons story.

He goes on to argue the benefits of a public domain-based approach. For those of you still clinging to proprietary licences, neither Asay's public domain argument nor the arguments for free and open-source software will carry much weight with you. But if you believe in FOSS, then public domain is the logical conclusion of your argument.

As Glyn Moody, a tech writer and free software advocate, posits, we have moved beyond testing theories about FOSS. It works. Most of today's software innovation is happening in FOSS, from mobile to big data, and neither patents nor copyrights have been required to achieve this.

Moody goes on to argue: "We need to complete the revolution that Richard Stallman began nearly three decades ago by making free software truly free, placing it in the public domain, and severing the chains that still bind it to that three-hundred-year-old monopoly called copyright." Put that in your pipe and smoke it!

Actually, as someone who believes firmly in the software business, and as a longtime denizen of the open-source world, I think both Asay and Moody have a valid point, one that doesn't eliminate my ability to make money. As Redmonk analyst Stephen O'Grady has detailed, data, not software, is the heart of today's most successful "software" companies. Peddling bits is yesterday's business model.

But what about innovation? If developers choose to put their code into the public domain, won't innovation stagnate?

Please. That's another tired argument from the 20th Century. TechDirt highlights research showing that extending copyrights increases prices and limits dissemination of knowledge, while also pointing out that people who believe patents cause innovation are simply confusing correlation with causation. If anything, patents inhibit innovation.

This may be one reason that the US and UK, both super strong on intellectual property protection, come in dead last in IT innovation, according to a new report from CA Technologies.

None of which means that developers or companies need rip off their clothes and mosh to hippie anthems, all while collectively shaking their fists at The Man. It just means that we should start considering public domain as a more efficient way to share code and boost innovation. To the extent that companies feel the need to hold code back under proprietary licenses as a way to encourage customers to pay, fine. But real innovation should happen in the open, and the most open way to do this is the public domain.