'Charging stations should have been closer' 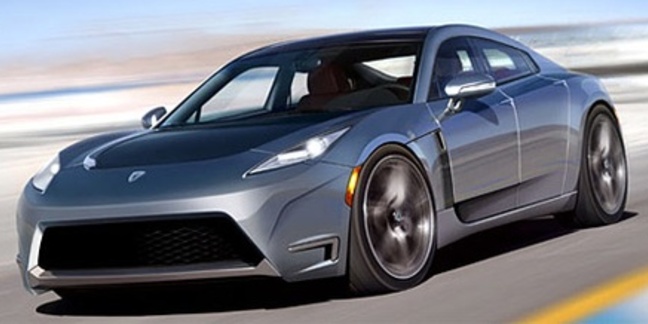 A New York Times journalist has hit back at Tesla Motors CEO Elon Musk's charges that he botched a review of the company's Model S electric car, claiming that Musk had even acknowledged his troubles with the vehicle before the review went to press.

In a detailed post to The Times' "Wheels" blog on Tuesday, John Broder argued that his report was not "fake," as Musk had asserted in a Twitter post on Monday, and that he had even worked closely with Tesla staffers to ensure that he got the best experience possible with the car.

The problem, Broder said, is that although The Times had previously been pleased with Tesla's six-station network of high-speed Supercharger power stations on the US West Coast, the East Coast network simply doesn't perform as well.

In particular, the East Coast network seems ill equipped to handle the East Coast's icy winter temperatures, compared to the rather more temperate climate in the West.

At one point in Broder's test, he parked the car at a hotel on a cold night with the range meter reading that he had 90 miles of charge left to go. But when he awoke the next morning, the cold had caused the charge to plummet, leaving him with just 25 miles remaining.

According to Broder, a Tesla representative told him that the lost range was due to a "software glitch," and advised him that an hour spent topping off the battery in nearby Norwich, Connecticut would restore much of the phantom charge.

Broder took the advice, but it didn't help. A short while later, he found himself coasting down a highway off-ramp while the Model S informed him that the "car is shutting down."

"Virtually everyone says that I should have plugged in the car overnight in Connecticut, particularly given the cold temperature," Broder wrote. "But the test that Tesla offered was of the Supercharger, not of the Model S, which we already know is a much-praised car."

According to Broder, Musk was well aware that Tesla's East Coast Supercharger network was inadequate for the type of long drives he had attempted during his review, and that before the review went to press, Musk had actually telephoned him to express his regrets for Broder's experience.

"He said that the East Coast charging stations should be 140 miles apart, not 200 miles, to take into account the traffic and temperature extremes in this part of the country," Broder wrote.

On Wednesday, Musk did in fact post to Twitter that more East Coast Supercharger stations were coming soon, and that this would allow the East Coast network to better support drives like Broder's.

But in that post he reiterated his other charges about how Broder conducted his review, including that Broder had not charged the battery to maximum, that he had exceeded the recommended speed limit, and that he took a "long detour," all of which affected the car's performance.

For his part, Broder disputes all of those claims. He says he began his drive at 90 per cent charge; that he may have reached 75mph for "a mile or two" during his trip, but otherwise kept within the recommended speed range; and that his only "long detour" was a brief trip through downtown Manhattan, about which he had informed Tesla beforehand.

"This evaluation was intended to demonstrate its practicality as a 'normal use,' no-compromise car, as Tesla markets it," Broder wrote. "Knowing then what I know now about the car, its sensitivity to cold and additional ways to maximize range, I certainly would have treated the test differently. But the conclusion might not have been any better for Tesla."

If there is a silver lining to the situation, however, it's that Musk offered Broder a second test drive of the Model S "in a few months," once the new East Coast Superchargers have come online.

Broder says he's game. Whether Musk still is, after his rather public outburst on the matter, remains to be seen. ®