Data scientists: Do they even exist?

Data data everywhere, but not a drop to shrink 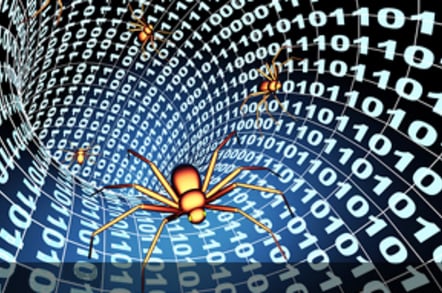 Open ... and Shut Big Data is all the rage. Now if only someone had to clue what to do with it.

According to a new survey of senior executives by Big data consultantancy NewVantage, Big Data is "top of mind for leading industry executives," but these same executives struggle to find the right people to analyse their data. In fact, while 70 per cent of those organisations surveyed plan to hire data scientists, 100 per cent of them said they find it at least "somewhat challenging" to hire competent data scientists: 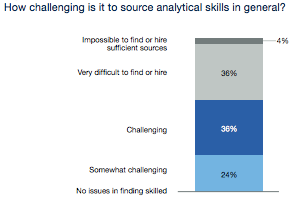 Given the difficulty in finding qualified people to analyse data, it's perhaps not surprising that only 0.5 per cent of enterprise data gets analysed, according to IDC. But if this is the case, why is Big Data so big?

After all, Gartner expects Big Data to drive $34bn in IT spending in 2013. Some companies, like Sears, clearly "get" Big Data and are putting it to work. But for the unwashed masses of enterprise IT, it sounds like Big Data is an aspiration, not a reality.

Still, it's an aspiration that has hard dollars chasing it. Of the top-10 job skills in demand on Indeed.com's job boards, two of them are Big Data-related. Over time, however, I suspect this data scientist arms race to be absorbed by two other trends:

1. Big Data technology being embedded into applications and

On the first trend, Cloudera chief executive Mike Olson perhaps said it best when he argued that the value of big-data technology like Hadoop will increasingly be delivered through applications. Enterprises won't need data scientists as their applications will process and analyse the data for them. Yes, someone will still need to know which questions to ask of the data, but the hard-core science of it should be rendered simpler by applications.

The second trend is equally important, and was called out by Gartner analyst Svetlana Sicular, who posits: "Organisations already have people who know their own data better than mystical data scientists" and that: "Learning Hadoop is easier than learning the company’s business." So the focus of enterprises should be training employees to use tools like Hadoop, not to waste cycles and recruiting fees scouring the planet for mythical data scientists.

All of which should provide some comfort to those organisations that have been struggling to find data scientists to analyse their data. It may turn out that the "mythical data scientist" is actually Lily who works one cubicle over. ®