Jobs in peril if digital education revolution funding not renewed 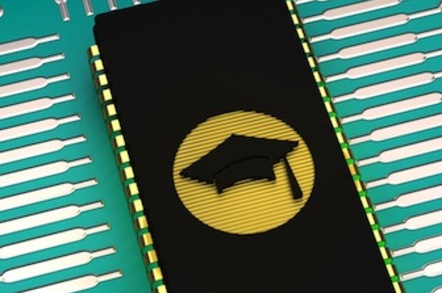 The New South Wales Department of Education and Communities has written to staff, advising them that 610 Technical Support Officers (TSOs) in the State's schools may lose their jobs in March if the federal Digital Education Revolution program is not offered renewed funding.

The Reg has obtained an email sent by Greg Prior, the State's deputy director-general for schools, that outlines the situation as follows.

Based on the Commonwealth Government funding commitment, the Department was able to extend the temporary appointment contracts of Technology Support Officers who support schools with the DER program up until the end of 2013. If the Commonwealth Government does not honour the National Partnership Agreement, the Department will be denied the funding to continue the contracts of the Technology Support Officers beyond the end of March 2013.

The Department has confirmed that the email is authentic and was sent from Prior's office.

The Digital Education Revolution was a key Australian Labor Party policy at the 2007 election, when its promise of a free laptop for every senior secondary student was used to establish its credential as a forward-thinking alternative government. The eventual package included funding for the laptops, curriculum development and for assistants to maintain the laptop fleet and assist teachers.

But funding for the program runs out this year and the Federal Government is yet to indicate if it will be renewed.

Prior's email can therefore be understood as representing the fiscal reality of the situation, as NSW is unsure of whether it will be able to pay its TSOs.

Complicating matters is that the Federal Budget, the most sensible moment at which the national government would announce new funding, is in May. By letting it be known that TSOs will be let go in March, NSW places pressure on the feds to hurry up and announce funding, or risk the program falling into disrepair in an interregnum between TSOs being despatched and funding resuming. Such an outcome would play badly for the national government, which could be criticised for wastefully orphaning a program it once touted as critical to national development.

Prior's letter will not please the 610 TSOs, who already enjoy poor job security thanks to contracts The Reg understands run from late January to December, leaving workers unemployed over the Christmas period. Teachers are, of course, paid for the school holiday period. ®