Microsoft Surface Pro launch: It's easy to sell out of sod all stock

Frustrated fondlers: No desirable 128GB versions and too many 64GB ones 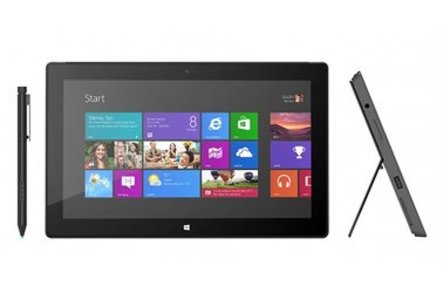 Redmond officially launched the 64GB and 128GB versions of its Intel tablet chunkster online and at selected retail outlets in the US and Canada at the weekend.

But it seems Microsoft failed to accurately anticipate what loyalists wanted.

Microsoft has reportedly tried to spin the embarrassing news into a positive, with talk of an "amazing" response.

Increasingly, though, anecdotal reports make it look as if Microsoft simply failed to send anything more than the barest minimum of units to the stockists. Numbers of one million Pros made are circulating.

Redmond gave itself extra time to ramp up – the Pro was due in January – but small numbers of units were manufactured and then spread across hundreds of Microsoft and non-Microsoft outlets in North America.

Frustrated commenters on Microsoft's Surface blog and other sites point out again and again that everybody who wanted a Pro was after the 128GB edition. The 64GB version was unloved, however, even when some highly motivated sales flacks tried to push it as an upgradable option.

Overall, reports point to patchy availability of the Pros, with some satisfied customers getting their 128GB tabs without a problem while others went home empty-handed despite queueing outside Microsoft stores and the stores of partners.

The general manager of Microsoft’s Surface team Panos Panay blogged here: “We’re working with our retail partners who are currently out of stock of the 128GB Surface Pro to replenish supplies as quickly as possible.”

I went to three Best Buys, and two Future Shops. Sold out everywhere. Not one place had a display model to show off the Surface Pro either. Am I disappointed? Of course, I was really looking forward to "trading-up" my iPad 4 for the Surface Pro, but most of all I am just blown away at the incompetence and total willingness to accept that failure as an option, and then make it seem as though it was a great success for Microsoft.

Reports also point to a complete break down in the co-operation between Microsoft and US electronics store Best Buy.

A comment poster called TTN wrote that he was told over the phone by Best Buy that he could not order a Surface Pro before it went on sale. Yet he managed to place an order in one of the retail chain's stores by putting down a deposit, he claimed, but when he went to collect his Pro somebody else had left the premises with this tab.

“I walked into my BestBuy to pick up my Pro only to be told that it was not in stock and they only had 2 that was already spoken for. They never apologized and just told me to wait. I demanded my $50 back and walked out of BestBuy never intending to shop there again,” he wrote.

It’s the latest proof that Microsoft has got its numbers completely wrong on the Windows 8 and Surface launches. Just 722,000 ARM-based Surface RT machines sold before Christmas while Microsoft gave PC makers detailed advice on the types of Windows 8 PCs they should build. This advice was rejected by OEMs on the basis they’d have been stuck with lots of highly expensive and unsold units.

As it turned out, the PC makers were right, as Gartner reckoned Windows 8 failed to make any significant impact on PC sales over Christmas, while Windows 8 is on 2 per cent market share compared to 5 per cent for Windows 7 at same point during its launch phase. ®