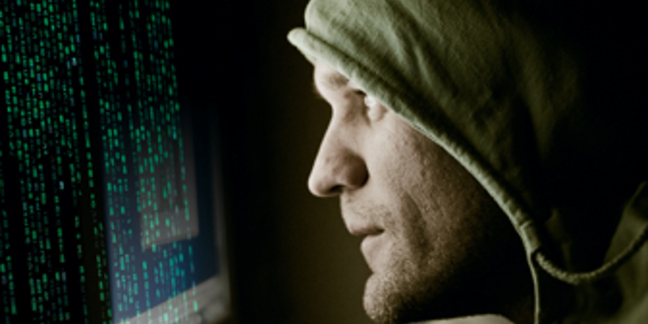 Defence contractor Raytheon has developed a tool that can mine social media to track and predict individuals' behaviour, according to The Guardian.

A global “Big Sinister Defence Company Develops 'Google For Spies' That Your Government May Already Have Bought “ story is therefore unfurling as you read this piece.

The key “features” of Raytheon's tool, developed in co-operation with the US government and delicately titled Rapid Information Overlay Technology (RIOT), are said to be an ability to sift through social media and figure out who your friends are and the places you frequent. With that data in hand, The Guardian feels “monitoring and control” of you, I, and everyone we collectively hold dear is eminently possible. It's implied, despite Raytheon saying it's had no buyers, that such software is likely to end up in the hands of a repressive State, or a shadowy agency inside a more open State. Australia's Sydney Morning Herald has piled in with a story on the same theme.

All of which sounds just terrifying, except for the fact similar software can be had from other sources that are far less scary than a “defence contractor.”

IBM, for example, happily sells “social media analytics” software that can “Capture consumer data from social media to understand attitudes, opinions, trends and manage online reputation” and even “Predict customer behavior”. And yes, that's the same IBM that can whip up a supercomputer or sell you a scale-out NAS capable of storing multiple petabytes of data. Throw in the social stuf and Big Blue, too, could help someone nasty to obtain, retain and analyse petabytes of data about us all.

SAS' offering in the same software category is capable of “continuously monitoring online and social conversation data to identify important topics” and “continuously captures and retains more than two years of online conversation history”. SAS even offers to host its solution, meaning all that data about you is stored by a third-party company you've never heard of (and isn't even open to the scrutiny afforded to listed companies).

A quick mention of Big Data, daily and breathlessly advanced as capable of all of the above, and much more to more data, is also surely worth inserting at this point.

And then there are Google, Twitter, Facebook and others whose entire business is built on figuring out who you spend time with and where you spend (or intend to spend) that time, so they can sell that information to advertisers. Or hand it over to the government, when asked, which seems to be happening rather more regularly if the social networks' own reports on the matter suggest.

We're not suggesting any of the software or services mentioned above were designed as instruments of State surveillance, but it is surely worth pointing out that Raytheon is far from alone in having developed software capable of tracking numerous data public sources, aggregating them into a file on an individual, and doing so without individuals' knowledge. That the company has done so in collaboration with the US government should not surprise, either: show The Reg a software company uninterested in adapting their wares for government and/or military applications and we'll show you a software company begging for a shareholder lawsuit and/or swift and replacement of its top executives.

As for the spatial aspect of the allegations, the fact that photos contain spatial metadata is hardly news, nor is the notion that social media leaves a trail of breadcrumbs novel. One has only to revisit news from 2010 to be reminded of how pleaserobme.com pointed out how social media can alert thieves to the fact you've left your home. And let's not even try to draw a line between a new-wave marketing tool like Geofeedia (today spruiking itself as offering real-time maps showing Tweets around the Grammies and as capable of letting one “monitor events to gather sentiment data”), mashups from clever folks who map check-ins and sinister surveillance-ware.

Far clearer is the fact that you, dear reader, are the product for any free online product. Also crystal clear is that by using such services, data about you will be consumed by a large and diverse audience. The scariest thing of all may be how few of those that use such services care or even realise the reality of the situation. ®