Microsoft needs to keep visible under waves of Blue

New codename, new everything, and not just Windows.... 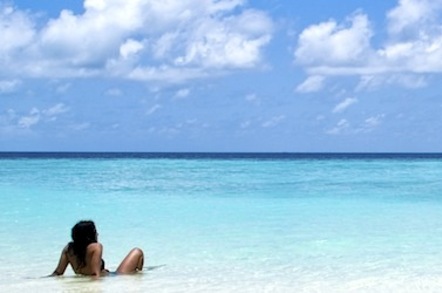 Analysis Remember Microsoft's Blackcomb? Nor do I: it never happened. For years, Blackcomb was the code name for a “next” version of Windows after Longhorn. Longhorn became Windows Vista and when that lumbered out the working title for Windows 7 became Vienna.

Now we have a new codename: Blue. Only Blue isn’t a new version of Windows - Windows 9, as thought. Instead it is the name given to a raft of “platform” developments that will appear around the same time, according to Mary Jo Foley.

If Blue becomes more than codename, and – be warned – Microsoft codenames have a habit of changing their meaning as bits and pieces are swapped around, this could significantly alter the way Microsoft works. It will also threaten the Windows business as Microsoft knows it and might even risk casting Windows into obscurity.

Blue also is the way Microsoft is referring to the next substantial platform update for Windows Phone, the Windows Services (like SkyDrive, Hotmail, etc), and Windows Server, according to my source. In other words, Blue is a wave of product refreshes which are not expected to arrive exactly all on the same day, but which are meant to be released more or less around the same time.

According to Foley, Windows and Windows Sever are moving to yearly updates, away from about three years for new versions of the client and three-or-four year refreshes for the server. This is a major shift to Microsoft’s manufacturing process, as releases will speed up as Microsoft no longer relies on a big planned development cycles.

The shift has benefits. It should also mean lower cost of development, marketing and delivery as new versions of Windows are pushed out online via the Windows Store rather than loaded onto costly disks or packed onto new machines. The evidence of the Windows 8 and Surface launch suggests Microsoft has increasingly given up on the kinds of theatrical, big-set pieces it used to deliver Windows 95 and Windows XP.

This might also mean Redmond won't need to cajole OEMs to take delivery of new versions of Windows, as updates are rolled out online though the Windows Store. Microsoft currently regards PC makers as an impediment to Windows 8’s update, because they didn’t build the kinds of touch-enabled Windows 8 slablets in the volume it wanted.

But there are negatives for Redmond. Greater frequency and online delivery might make Windows a lot less visible. Look at browsers: nobody gets excited about a new version of Chrome or Firefox anymore with updates released and installed and netizens moving on - unless, of course, there’s a terrible bug or software conflict.

The move to this kind of delivery is made possible because the heavy lifting on the software has been done, so there’s no need for major overhaul - it’s almost a maintenance model. One thing we were hit over the head with by Microsoft in the last few years is that the hard work on Windows 7 was done in Windows Vista while Windows 8 owed a lot to Windows 7. It’s been clear for years there are no real big features left to add to Windows: the touch-based UI was the biggest thing in Windows 8.

This is a risk for Microsoft: the more Windows becomes invisible, the more Microsoft’s raison d'être evaporates – that being making new versions of packaged software that people pay for. Just look at the browser-makers: they have also turned to frequent updates and they are made possible because Google and Mozilla don’t charge for them, but of course they get their revenue from other sources.

The company Microsoft should try to emulate with Blue is Salesforce, the software-as-a-service apps company that rolls out updates to its CRM on a quarterly basis while continuing to charge subscriptions. Those CRM updates are so dull they stopped making headlines long time ago. In terms of delivery they are dead cheap, because Salesforce isn’t really pushing them down to users, it’s just rolling them out across its own data centres.

Office 97 all over again

The worst thing for Microsoft would be to carry the ways of the old world into the new, to bring its old practices to Blue. For example: by trying to continue to maintain the relevance of Windows by hyping new versions for more money or by, say, ensuring old versions of Windows quickly run out of support. This would be a huge risk for Microsoft and make it extremely unpopular. Enterprise customers choose Microsoft for its decades of mainstream and extended support for their old PCs and apps.

Like Salesforce’s CRM, operating systems seem uninteresting and there’s chatter from others about moving to frequent updates - suggesting more of a maintenance mode than a big-bang new features development cycle. We were reminded recently that Canonical is moving to more frequent updates for its Ubuntu Linux and away from the twice-yearly releases.

But it’s easy for companies like Canonical, Mozilla and Google to embrace this model - because they don't survive by charging for their software. Microsoft makes billions of dollars a year from such sales.

During Microsoft’s Blue phase, the company's challenge will be in getting people to notice and to pay for its new code. It’s not a fresh challenge, as Microsoft has struggled to move users on from Office 97 and Windows XP in the past and to pay more for their updates. That problem will just move online and become even more of a persistent pain. ®