Ethernet at 40: Its daddy reveals its turbulent youth 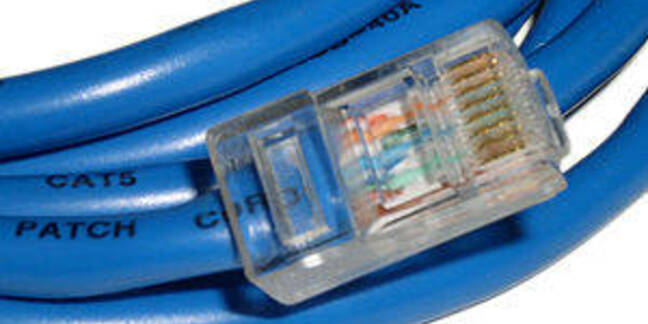 Feature When Bob Metcalfe, the prime mover behind the invention of Ethernet, recently visited the site of that invention, Xerox's Palo Alto Research Center (PARC), The Reg had the opportunity to sit down with him to discuss the history of Ethernet, its advantages over Token Ring, and IBM's perfidy.

Metcalfe was in town to promote a two-day Ethernet Innovation Summit that will commence on May 22 at Silicon Valley's Computer History Museum in celebration of Ethernet's 40th anniversary.

"As you know," Metcalfe told us, "something like Ethernet is not actually invented in a single day. But if there were a day, it would be May 22nd, [1973]."

The Reg asked what had happend on that day. "I wrote a memo," he said, "and in that memo named it and outlined its general operation." Ethernet, however, was not the original name of what has now become the world's networking standard.

"Prior to that we'd been calling it the 'Alto ALOHA Network,' Alto being the PC that we were building, and the ALOHA Network being a packet radio network at the University of Hawaii whose design we admired," Metcalfe said.

"But then on that day we realized that we were going to network things other than Altos," he said, "and Ethernet had by then progressed so that it was barely resembling ALOHA. So we changed it to Ethernet."

The term ALOHA, by the way, was a rather contrived acronym that stood for Abramson's Logic of Hiring Access, named after its University of Hawaii developer, Norm Abramson. 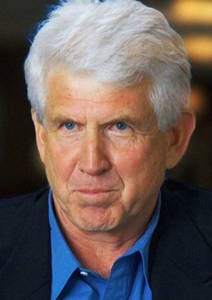 Metcalfe remains more than a little sensitive about just how much Ethernet owes to ALOHA. "Over the years people have said that Ethernet is just ALOHA network," he told us. "I wrote a preface to my own book in which I put a paragraph explaining how Ethernet was just like ALOHA network except – and then there was like 20 'excepts,' one of which was that the ALOHA network was not a LAN; it was a WAN. It was to connect the Hawaiian Islands over a distance of 200 miles, and it ran at 4800 bits per second." Ethernet first ran at 2.94 megabits per second.

There were other differences, as well. Ethernet, for example, operated within a mile, so its propagation time was roughly five microseconds; ALOHA's 200-mile range, of course, operated at much longer time scales. "The parametric values all changed, and therefore the operation of the network changed," Metcalfe told us – and he said that he provided more than enough examples in his preface to prove his point.

"When I reread that paragraph," he said of his protestations, "I can see whoever wrote that paragraph was fed up with that accusation."

But his fervent attempt to separate Ethernet from ALOHA wasn't entirely successful – even at PARC. During our interview in the center's cafeteria, Metcalfe caught sight of a man at a corner table whom he identified as being PARC's "artificial-intelligence guru," Danny Bobrow, whose office was next to Metcalfe's in the early 70s. Metcalfe, who last visted PARC in 1975, told Bobrow about Ethernet's 40th birthday, and the AI guru said, "And it all came out of ALOHA, eh?"

Metcalfe turned to us; "See? See?" he said, then turned back to Babrow. "I'll have to send you my book," he laughed.

But he's still a bit miffed. "Norm Abramson, my good friend from the University of Hawaii," he said, "I've seen his presentations and he takes credit for Ethernet, Wi-Fi, and everything else."

That said, "There's plenty of credit to go around," he admitted.

Metcalfe had worked on the ARPANET both in graduate school and at PARC, and when he arrived at PARC, researcher Charles Simonyi was working to create a LAN within the buiding called SIGNET. "His idea was to mimic the ARPANET," Metcalfe said, "and put packet switches all over the building."

Since Metcalfe was "the real networking guy," he told us, Simony was given the boot and he was given the SIGNET project. "By the way, SIGNET is short for Simonyi's Infinitely Glorious Network, named after himself," Metcalfe informed us.

Don't feel sorry for Simonyi being removed from his LAN project, however. He and PARC colleague Butler Lampson went on to develop a WYSIWYG text editor for the Alto called Bravo. It was transformed into Microsoft Word and Simonyi got rich.

"He now has his own three-engine jet and his own helicopter, and he's a billionaire," Metcalfe said. "Maybe I should have written Bravo and he should have done the network."

We asked Metcalfe what the main usage-model requirements that his work on Ethernet were intended to solve. "No one wrote a requirements document," he said, "this is a research center."

What PARC wanted to do was create a LAN to link the Altos that it planned to put on its researchers' desks to replace the 300-bits-per-second Texas Instruments Silent 700s they had at the time, a "revolutionary" change, according to Metcalfe.

"There was a lot of argument if it made any sense to put a computer on every desk," he recalled. "You'd have to have an MIS manager for every desk. What if they broke? Someone would have to come to your office and fix it."

Those objections, he said, "melted away over time." A fast LAN would allow PARC to not only put an Alto on each desk and preserve access to the ARPANET gateway, but it would also solve another problem: providing access to the laser printer that PARC was developing.

"I wrote the operating system for that printer," he told us, "and then we plugged in an Ethernet card. Its requirement was 500 dots per inch, a page per second, 8½ by 11. Five hundred times 500 times 8½ times 11 is about 23 megabits per second. And so the current methods of networking were not going to keep that printer busy."

When we jokingly asked, "Well, what are buffers for?" he responded, "Well, speaking of buffers, each of these Altos has a removable-disk cartridge that could carry two megabytes, which was huge in the day. And so sneakernet was born."

To print, the researchers would put their documents on one of those removable cartridges, remove the cartridge, walk over to the Alto to which the laser printer was connected, plug the cartridge into that Alto, and print it. Sneakernet.

But eventually Metcalfe did get the laser printer hooked up to his new LAN, and thanks to the printer's resident fonts and compression schemes, Ethernet's throughput was plenty fast enough to accept print jobs.

That was the genesis of Ethernet: connecting those "revolutionary" desktop PCs, providing access to the ARPANET, and allowing researchers to simply hit P to print. "We were not planning to do the web, or audio, or video," Metcalfe told us. Those came later. Much later.