Can NoSQL and relational both be adaptable? 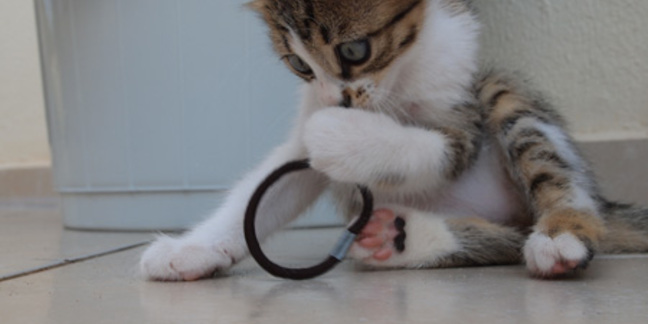 But while concepts such as key value stores and content-specific stores have certainly enriched our environments, the downside to their arrival is that it has created quite a bit of zealotry as people on opposing sides of the technology camp have argued theirs is the only way.

The resulting noise chamber has produced statements that confuse and mislead those caught in the middle.

This is a paradox, a paradox that seems to be saying that both "a strict schema" and "no schema" promote adaptability in terms of querying.

This article tries to resolve this paradox and highlight the differences between Big Data and the “other” kind – something we ought to really call "small data".

One of the many ways of classifying data is to split it into two types: atomic and non-atomic. As it happens I think this is one of the most fundamental divisions we can apply; we’ll use it here because I believe it helps to explain the paradox.

Much of the data in the business world is atomic, for example, HR data. So, what do we mean by atomic?

Imagine that the original specification from the users required the following to be stored about the employees:

Imagine that this transactional database is just at the planning stage. We haven’t gotten as far as an ER model and certainly nowhere near thinking about tables - we simply have a spec from the users.

What structure do we think the data has?

We can argue that it has none because we may think of “structure” in terms of tables and blobs, but it clearly has no structure in that sense because we have yet to make those decisions.

Or we can take another tack. Suppose that the user’s view (when asked) is that each piece of data is always going to be treated as if it is indivisible. In other words, we are told that they will always query on the complete data item (First Name) and no one will ever ask “How many employees have a first name in which the third letter is ‘n’?” In that case we can say that the data is atomic.

Now suppose that the original spec also included, say, an image of the staff member. We might, depending on the spec that we get from the users, also regard this data as atomic. Note that our decision here has little to do with the internal structure of the image file - we don’t care if it is a JPG or a BMP; it is much more to do with the use to which the data will be put.

Suppose that the image is simply there to be displayed. It is never going to be queried as in “Find me all the employees who were photographed in a yellow tie.” In this case the image is atomic in the sense that it will never be decomposed into smaller units. To put that another way, no further information is to be extracted from "inside" the image – it will simply be treated as a whole.

The classification of this data as "atomic" is based on how the users want to query the data, not on whether I (as a database designer) think that the data has any internal structure.

If we put this data into a relational table, will that form of storage restrict the queries that can be run against the data? No, because all queries will run against the complete contents of each column in the tables.

We can run queries that, for example, find all the employees in department X who are paid less than $45,000. Indeed a relational database should be able to answer this and all queries that subset, group and aggregate the data based on the atomic values. It is in this sense that we say "relational databases don’t restrict the queries that can be run".

It is also true there are massive quantities of data out there in the real world that are non-atomic. Consider – yes - the humble Tweet. It has a rich (and sometimes bewildering) internal structure. There is the date/time it was sent, and the text string that it contains (that crucial message to the world “Got up late today but still had time for a shower.”). Or take satellite images. They aren’t just displayed like an HR photograph; they are there to be dissected. Then there are mass spectrometer files, web logs and on and on and on.

Next page: Pick a query, any query...
Page:
Tips and corrections
23 Comments