Oh what a lovely standards war 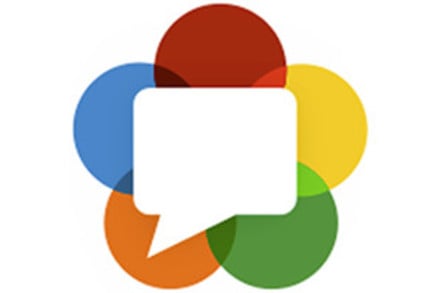 Google and the Mozilla foundation have teamed up to show off the WebRTC standard in their respective browsers by staging a live video chat between developers.

The saccharine exchange, posted below, was made possible by RTCPeerConnection, a feature of the standard that allows browser-to-browser chat without the need for plugins but with permission required to activate cameras and microphones. WebRTC is expected to offer click-to-chat features in web pages.

The demo was built on a sample app available at github and is accompanied by roll-your-own WebRTC app help published here.

The demo worked with a beta of Chrome 25 and a Firefox nightly build. Just why developers decided now was the time to get WebRTC working in both is anyone's guess, but it's hard not to imagine the two development teams are aware of Microsoft's recent discussion of its WebRTC competitor. Microsoft thinks its vision for real-time web communication, dubbed Customizable, Ubiquitous Real Time Communication (CURTC, perhaps pronounced “curtsy”) is superior because it can extend to VoIP phones and mobiles. CURTC is also burbling its way through the standards process.

By showing the world WebRTC running in browsers that together account for over 58 per cent of usage (according to StatCounter) Google and Mozilla have made a statement that WebRTC is ready to roll, even if it has not been signed off. It's hardly the first time backers of a standard have made a land grab before the ink is dry on the standard.

Yet wider interoperability is discussed in the W3C's IETF's use cases document for WebRTC. That means it is hard to write off CURTC as a way to protect the $US8.5bn MIcrosoft spent on Skype.

With months to go before WebRTC's feature list is locked down, that leaves plenty of time for changes that could make today's demo a very modest taste of things to come. ®