Sold our kit? Want a back-end rebate? Some MDF? 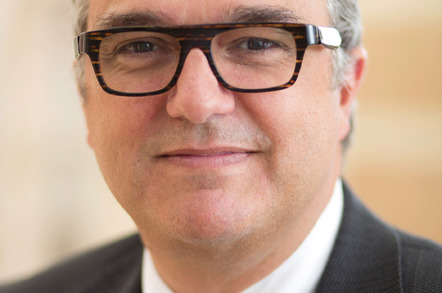 EMC's channel boss for EMEA has puckered up to give channel partners a big rebate and marketing smacker.

The storage behemoth staged a channel love-in during 2012 - in the wake of its dwindling Dell OEM relationship - by making resellers and integrators its primary route to market in all but the largest enterprise customer accounts.

It passed roughly 1,500 enterprise customer accounts that were once serviced directly by EMC sales staff to EMEA partners, outlined Rules of Engagement to minimise channel conflict and paid its internal sales reps a "commission uplift" for helping the channel to sell its kit.

Philippe Fossé, the main man in charge of EMC's EMEA channel, said the vendor was listening more closely to feedback from partners via its sales guys and a Partner Advisory Board.

"They want more margin and for us to remove some costs," he told The Channel.

As such, channel partners with a Signature tier accreditation can bag up to 2 per cent additional back-end rebate and Premier Partners up to 1.5 per cent on sales of the S100 (sub-$100,000) product family.

"This rebate has no target requirements, it's earned from the first dollar," said Fossé. "We want them to invest in us but they need predictability. If it is back-end, the margin goes to the bottom line".

Getting those top tier certifications has also become slightly easier for some as EMC has dropped the requirement for channel partners to have implementation engineers accredited where they don't sell services.

"We are separating the reselling capability from services," said Fossé. "Some partners don't want to do services and we were forcing them to have an engineer which was a cost because they had to go through training."

In another move, EMC says it has put more money into marketing development funds (MDFs) and reduced the pot of co-op marketing cash: "We are rebalancing toward MDF," the exec said.

The level of co-op achieved by partner was based on the previous quarter's sales volumes, whereas MDF is at the discretion of EMC.

Fossé said the guidelines governing how and where MDF is used have been simplified from 27 pages to 10, it has tripled the number of MDF-eligible activities, reduced pre-approval claims paperwork and brought in more staffers to deal with claims. ®