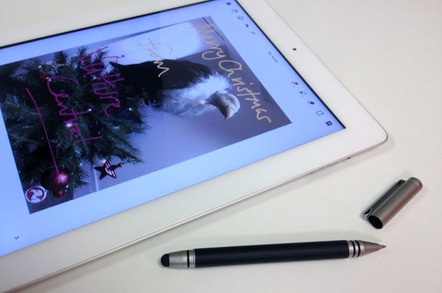 Steve Jobs famously said of tablets: "If it comes with a stylus, you're doing it wrong", but Samsung is betting the vibrating tools will go big and has just bought a 5 per cent stake in stylus-making company Wacom.

Wacom has already made pens for Samsung, and the new investment lays the foundations for more and better styluses catering to a growing market, according to a statement given by Samsung to the Wall Street Journal.

It’s a strategic investment for increased cooperation with the pen solution company [Wacom], to come up with a differentiated and upgraded pen as such demand is expected to rise

Wacom is a Japanese company with a turnover of $697m and yearly profit of $52.51m and its computer input devices - including tablets and pens - are largely used in the design profession. The Samsung collaboration offers the company a mainstream break. ®

Samsung 'reveals' what looks like a tablet that folds into a phone, but otherwise we're quite literally left in the dark