How to destroy a brand-new Samsung laptop: Boot Linux on it 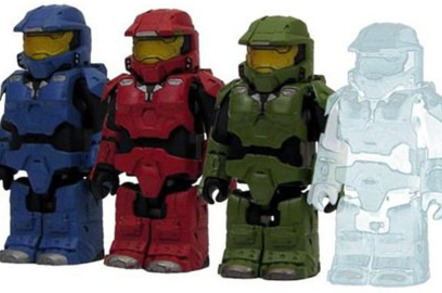 A kernel driver crashes on Sammy machines when users start up from an Ubuntu 12 USB key - although other distributions may be at risk - giving them the dreaded black screen of no activity whatsoever. After the operating system froze, users held down the power button to force the laptops to power off.

In some unfortunate cases, when the computers are switched on again the firmware - stored in a chip soldered to the computer's circuit board - refuses to start the laptop, effectively ruining the product.

Outraged Penguinistas reported the cock-up on the Ubuntu bug tracker, naming various models of the South Korean giant's laptops, including the 300E5C, NP700Z5C, NP700Z7C and 530U3C series. One bloke complained he had destroyed two motherboards investigating the fault.

It is understood the "critical" bug is linked to the Samsung hardware driver* and the machine's Unified Extensible Firmware Interface (UEFI) - but it is unconnected to the controversial UEFI Secure Boot mechanism used to run Microsoft's Windows 8 and other cryptographically signed operating systems.

"Yeesh. I hate UEFI - this should clearly be impossible with correctly written firmware," one bug reporter wrote.

Another said: "If something does not work for you the way it should, your motherboard may be permanently damaged and your laptop may get bricked. For this reason, this bug should have been flagged nuclear rather than critical."

Senior Ubuntu developer Steve Langasek confirmed that the distro's maker Canonical spoke to Samsung's engineers, but the electronics giant did not set a date for rolling out a fix. Langasek said in December that Sammy feared the bug is triggered by a kernel driver that also causes issues on Samsung systems when booted in EFI mode. It doesn't appear to matter whether Secure Boot is enabled or disabled.

Langasek advised users to install Ubuntu from the latest live image that forces machines to boot using the old-fashioned PC BIOS interface rather than UEFI. This process involves using the Compatibility Support Module in Linux and the machine firmware.

Intel developer Matt Fleming is also working on the bug and has posted two different fixes, including just disabling the driver when booting from UEFI. ®

* The Samsung laptop driver module source code is here. It was written by Greg Kroah-Hartman, who said he based it on code from Samsung.

It's now thought the boot-time crash is linked to the Samsung UEFI firmware and its interaction with the kernel's Samsung laptop driver and efivars module.