RIM blows on the dice, gets ready for its FINAL THROW

Desperate to get out of Last Chance Saloon crapgame 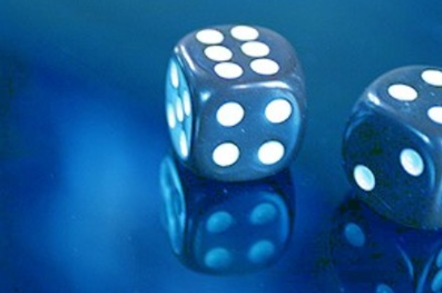 In a matter of hours RIM will reveal the pricing, specification and launch date for the new BlackBerry OS 10 device on which the future of the whole company depends.

The phone needs to be perfect but will live or die on RIM's ability to exceed, not merely match, the offerings of the competition.

The launch is scheduled for 10am New York time (7am PT), with a simultaneous unveiling in London at 1500 GMT. This will no doubt be followed by much debate about the casing and curves of the launch handset, despite the comprehensive leaking of product photographs and specs. The styling is important, to get product into pockets, but if it lives up to the pictures then it will be good and the widely-previewed UI has already impressed many.

So what we're really waiting for this afternoon is details of the services - which will be equally, if not more, important to the ultimate sucess of the platform.

RIM has always been an Over The Top player to some extent, in many ways leading the pack in offering services direct to users without recourse to network operators even if they were billed as part of the operator's tariff. Every BlackBerry user has a BBM (BlackBerry Messenger) account for sending and receiving free text messages, secured e-mail with push notifications and cloud-optimised web surfing (channelled through RIM's proxies) as well as access to customised Enterprise applications. The additional tariff for these things goes to RIM.

But all the mobile platforms offer that stuff these days, and the extension (and rebranding) of BlackBerry World into music and movies is just catching up with the competition. Apple, Google and Microsoft expect their mobile platforms to sell their cloud offerings too, and they (mostly) don't try to charge for them: which leaves RIM looking overpriced as well as out of date, so the rumours that the premium pricing will disappear are probably true.

But matching the competition won't be enough to carve out space in such a competitive market. RIM is going to have to innovate too, which is where things get interesting. We know the RIM device will support Near Field Communications (NFC) and that RIM has worked with lock manufacturers to create electronic instances of their keys which can be downloaded onto a phone. Add the ability to lock workstations and you have a combination which could be very attractive to enterprise customers. RIM's reputation in security would work in its favour, and the company is obviously hoping it can sell some NFC-management software on the back of increased use of the embedded secure tokens.

Pushing NFC would differentiate RIM's handsets and appease network operators who are looking forward to NFC taking off so they can rent out space on the SIM-embedded secure element - also supported by BlackBerry handsets - so NFC would seem an ideal technology to push.

And RIM does need something to push, as well as having everything else perfect. The hardware needs to be as slick as a freshly-oiled ice rink, the software to have all the bells and whistles of a traveling fair, but being as good as the competition won't be good enough. RIM needs something really special this afternoon and a bit of NFC bonking-technology action could just be it. ®