Help us out here: What's the POINT of Microsoft Office 2013? 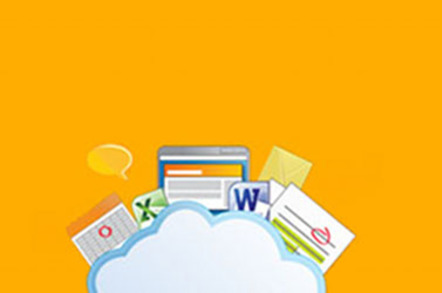 Analysis It was Verity Stob who identified the key challenge for Microsoft Office upgrades: "Name just ONE feature introduced into Word in the 21st century that the weak-willed upgrader regularly uses," asked the antiquarian.

Fourteen revisions since the first Office that it may not be easy, because spell checking, grammar checking, wiggly underlines, paragraph styles and even Track Changes have been in Word since way back when.

With Office 2013 now officially available, is there anything in it actually worth upgrading for?

As was the case with its predecessors, the latest Office upgrade is driven less by actual appetite from consumers for new features as by compatibility factors. Will anything but the latest or at least a recent version run properly on Windows 7 or 8? Will it play nicely with SharePoint? Will users be able to read emailed documents, and create documents that are intelligible to others?

All of these are valid concerns, and a look back at the history of Office shows that Microsoft’s focus has often been on things other than productivity features that benefit the user, though these do occasionally appear.

Office was invented in 1990 as “The Microsoft Office for Windows”, a bundle for Windows 3.0 that comprised of Word, Excel and PowerPoint. There was little integration between the applications, but the bundle was a powerful tool against competitors. Maybe Harvard Graphics was better for presentation graphics, but why bother if PowerPoint was “free” with Word and Excel? Competitors fought back, with Lotus SmartSuite and even Borland Office (WordPerfect, Quattro Pro and Paradox), but Microsoft’s marketing and the fact that the products were decent kept it ahead.

Office was also a testbed for, and a beneficiary of, tricky Windows technologies like Object Linking and Embedding (OLE) and COM automation, which meant you could embed documents from one application into another, and write applications that control Office to read and generate documents. The fact that Microsoft wrote the operating system did the Office team no harm. 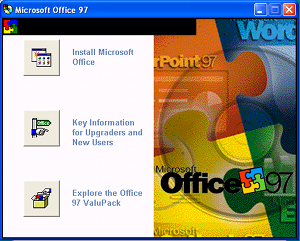 Office 97 was a strong release, but began a decade of little innovation in Microsoft&amp;amp;amp;rsquo;s suite.

That said, it took Microsoft many years to properly integrate Office applications. Office 97, pushed out at the end of that year, was a big release. This was the first time a common macro language, Visual Basic for Applications, was in place across all the main applications. This inevitably caused headaches for WordBasic developers.

Office 97 also introduced the Office Assistant – or Clippy - famous for interjecting helpless one liners such as: “It looks like you’re writing a letter” when you were doing no such thing. History has not been kind to Clippy, now a symbol of Microsoft’s inability to work out what will really help users, but he does illustrate a key point: that even 16 years ago, Microsoft understood that its key challenge was to make software easier to use, especially since Office already had more features than most users ever discovered. Unfortunately Clippy was just too irritating and too often wrong, especially since many of his speeches are modal dialogs. 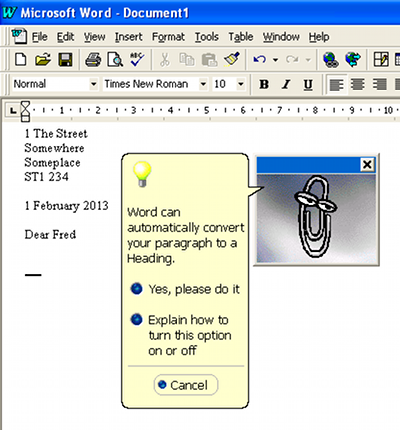 After Office 97, the suite stagnated for a decade and the antiquary was gleeful. What was new in Office 2000, Office XP and Office 2003? Clippy retired. Office activation anti-piracy measures arrived. The Multiple Document Interface, where multiple documents exist in a single application frame, was abandoned. Microsoft also tried to persuade us that Smart Tags, a way of embedding custom actions into documents, were a Really Big Deal. They were not. Of course there were improvements and even new applications (InfoPath appeared in Office 2003) but the team was coasting.

A change has come

Office 2007, on the other hand, was astonishing. Microsoft’s Steven Sinofsky oversaw the removal of traditional pull-down menus from most Office applications, replaced by a fat contextual toolbar called the Office Ribbon or the Fluent UI (user interface).

Opinions vary on its effectiveness. The ribbon makes more features visible (though plenty more are hidden), but occupies more screen space than the old menus and requires some adjustment from users familiar with the old UI. Office sold as strongly as ever though, so commercially it worked meaning Sinofsky ascended to the role of Windows 7 and 8 chief and president of Microsoft’s Windows group.

Office 2007 also brought in new and controversial default document formats, based on XML. Office Open XML was eventually standardised by ISO, a process that was opposed by advocates of OpenDocument, an alternative XML standard used by OpenOffice.

Microsoft made a lot of noise about Office Open XML at the time, and has made very little since, which may be evidence that the company’s main goal was to tick a standards box for its customers in government departments. Nevertheless, the new format has advantages, especially for programmatic document processing, and some features of SharePoint require it.

Next page: The moment Microsoft realised Office and Windows could divorce
Page:
Tips and corrections
154 Comments