If you can't convince them, buy them... 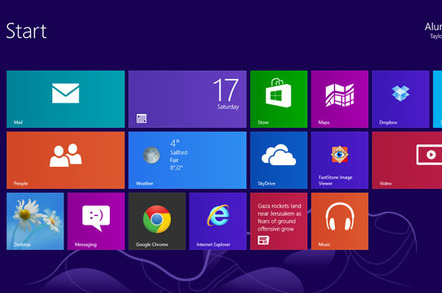 If you can't beat them, join them, or - if you're Microsoft - infiltrate them. Just be careful not to go in too deep.

Microsoft has recently developed a clever approach to launching into markets where it has previously failed or is currently failing: rather than buy an existing name, Microsoft has become its partner.

To boost Bing, Microsoft got Yahoo! to swap out its native search and ads engines under a 10-year deal - where Microsoft pays Yahoo! more than 80 per cent of what's made from Bing searches on Yahoo properties. Meanwhile, Nokia's incoming chief exec Stephen Elop made Windows Phone the operating system of choice, killing Symbian and Linux. Elop had been a Microsoft group president running business apps and Office, and the Nokia flip was so in your face you had to wonder whether Elop was a Trojan Horse.

Partnering up is a cheap and clever way to do business, and it means Microsoft can keep hold of its $63bn cash while avoiding the fallout of a hostile takeover and avoiding taking on new risk. If something goes wrong at Yahoo! or Nokia, well, it's a management execution issue, and nothing to do with Microsoft's business development, marketing or technology. Acquisitions haven't exactly worked for Microsoft: last year it wrote off its 2007 $6bn purchase of aQuantive, which was Microsoft's answer to Google's purchase of advert-delivery network DoubleClick for $3.1bn in April of the same year. It's also spent $8.5bn on unwanted web telco Skype.

Meanwhile, Dell looks like it may be a prime candidate for the latest infiltration. With PC market sales falling, Dell's in talks with private equity to go private, a move that would allow for a restructuring by the world's number-three PC maker without coming under pressure from the market.

Dell has calculated that buying out its shareholders would cost just over $20bn and Microsoft is reportedly interested in putting up to $3bn, a stake which the report suggests would put a Redmond representative on Dell's board and give Microsoft a chunky 10 per cent stake. Michael Dell currently owns 15 per cent.

As a stakeholder with a board representative, Microsoft would want to exert the kind of influence that ensures Dell best represents Redmond's own interests, and those interests mean churning out more touch Ultrabooks, hybrids and simple laptops running Windows 8.

As we learned last week, Microsoft is in a state of denial over why Window 8 has failed to sell. It seems that inside the self-reinforcing bubble of Redmond, it's the OEMs that got it wrong for not following Microsoft's advice and building enough PCs that maximised on Windows 8's touch.

The OEMs, meanwhile, tell a different story: they say if they'd followed Microsoft's carefully considered and self-serving advice they'd have built some very expensive Ultrabooks that would have gone unsold, because people were browsing at the high end but buying sub-£300 laptops. Also, The Reg was told, when consumers walked into shops expecting to see Windows 8 machines and didn't see any, they bought PCs running Windows 7 instead.

IHS iSuppli reckons the bill of materials on Apple's lowest iPad Mini priced at $329 is $188; with an additional $10 to cover manufacturing that means a margin of $131 - or 40 per cent - on even the smallest iPad. Microsoft's Surface is more expensive to produce, $267 excluding the optional keyboard cover, but comes with the promise of slightly more profit: 47 per cent margin on a machine priced at $499 with 32GB memory.