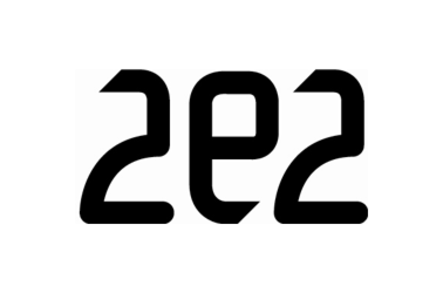 Troubled integrator 2e2 Group has left a potentially devastating trail of debts in its wake after calling in the administrators to its UK ops.

The financial backers of the Berkshire-based business hauled in FTI Consulting on Monday afternoon, putting nearly 2,000 jobs at risk of redundancy.

"We are working closely with management and other key stakeholders to ensure the continued provision of business critical services to the group's customer base," said joint administrator Simon Granger.

He added: "In parallel we are exploring strategic options for the UK business and we have commenced a disposal process for the overseas subsidiaries".

2e2 has operations in Spain, the Netherlands, Ireland Jersey, Guernsey and the US that are unaffected.

As revealed weeks ago, the channel giant missed a banking covenant and was put on stop by disties that got jittery about their exposure to high credit lines, leading it to seek out resellers to source stock on tick.

Investors including Barclays, HSBC, and HIG, and VCs Duke Street Capital and Hutton Collins then parachuted in a couple of turnaround vets to see if the firm could be saved by refinancing.

In the weeks since, talk in the industry cast doubt on 2e2's future with many unable to see how the company could ever pay back massive debts owned to its bankers and equity partners in its current form.

The long-term debt of £270m resides on the balance sheet of 2e2 Holdings, and the company coughed £23m on interest in calendar 2011, the last filed accounts at Companies House.

Much of the debt comes from numerous acquisitions 2e2 made over the years including Morse, Netstore and Compel.

Operating profit was £20m in 2011, up 51 per cent from the previous twelve months, but this was wiped out by a restructuring charge and interest repayments, leaving a net loss of £8.4m, narrower than the £9.1m reported in 2010.

Trade debtors are owed a pretty penny by 2e2 – "tens of millions" in distribution alone, say sources – but The Channel has decided not to go public with the specific details.

Reseller debts are understood to be at the bottom end of the scale, but are believed to still be spread across numerous firms.

Eddie Pacey, boss at EP Credit Management, described the collapse of 2e2 as a "monumental failure in the channel".

"It will hurt suppliers considerably given the lack of credit insurance cover and the volumes of trade by 2E2. Cover had not been available on the Group for at least the last four years or so," he claimed.

The financial impact aside, the administration of 2e2 is not exactly a glowing endorsement of what seemed to be one of the channel's finest – counting plenty of blue-chip corporates and large public-sector buyers as customers.

"This is horrendous for the industry, for all involved it is an utter disaster," said one person familiar with the matter.

The administration also casts doubt on 2e2's joint venture with O2 and its cloud-based managed service with McAfee.

No replacement named for bossman who oversaw £3.5bn takeover by US giant

But how will it compare against Wi-Fi 6?